The stylish Boomerang Hotel is housed in a freestanding building on the bank of the River Mzymta in the heart of the Rosa Khutor resort. A restaurant, a sports bar, a club and a hotel will soon open in the building.

CAN YOU COMBINE DOWNHILL SKIING AND CASINO GAMING? SOCHI HAS BEEN OFFERING JUST SUCH AN OPPORTUNITY FOR THE LAST TWO YEARS, AND IT HAS BECOME VERY POPULAR.

ANTON SEMENOV, EDITOR OF TOURISM AND LEISURE IN RUSSIA, TRIED HIS LUCK ON THE SLOPES AND AT THE TABLES.

The company Domain, which operates Sochi’s gaming zone, invited journalists and editors to take part in a poker tournament. The casino regularly hosts such meetings of amateur gamblers, and with the Krasnaya Polyana gaming zone 540 meters above sea level, it would be a crime not to take advantage of the opportunity to ski while at the resort.

The scribes were accommodated at the 4-star Gorki Panorama Hotel, 960 meters above sea level. The hotel is situated in the ultramodern ski resort Gorki Gorod, which was created for the 2014 Winter Olympics. Not far from the hotel — one of ten at the resort, of various levels of comfort — is the main cable lift, as well as ski lifts, numerous ski and snowboard rental outlets, and a selection of restaurants and cafes. The cost of staying at 3-4-star hotels in January is from $90 to $125, including breakfast. On weekends, the price may be higher due to increased demand. The price at the Gorki Panorama hotel includes visits to a spa with pool and sauna.

Down below, at 540 meters above sea level, there are additional hotels, as well as railway stations, bus stops, apartments, shopping centers, restaurants, cafes, and casinos.

The stylish Boomerang Hotel is housed in a freestanding building on the bank of the River Mzymta. The company’s owners leased a seven-story building and plan to open a restaurant, a club and a hotel in addition to the casino.

There are many ski trails for beginners and professionals alike. It was six degrees Celsius in the mountains almost every day, but the capricious weather surprised us with a downpour before our departure. It rained almost all day long. In the mountains, at 2,200 meters, it came down as a blizzard of snow, reducing visibility to zero, and nobody got through it without a few spills. But neither bad weather nor the total lack of visibility that day could deter skiers and snowboarders.

Just as good as Las Vegas

The main event — the reason we’d been invited —
began with an excursion to the Boomerang Casino which had just opened in January 2019 at the neighboring Rosa Khutor resort. The space was not very large, but was already packed with visitors. Journalists had fun posing for photos amid the sleek hi-tech surroundings, although we were strictly forbidden from photographing players and staff.

I should mention that you have to have your passport with you on your first visit to the casino. You will be issued with an ID card for the gaming zone, which allows you to enter all gaming establishments and make transactions. All this ensures order, transparency and safety at the casino. This is probably the main achievement of the new gaming zones, which opened in Russia in 2009 after the total ban on gambling was partly lifted.

The stylish Boomerang Hotel is housed in a freestanding building on the bank of the River Mzymta. The company’s owners leased a seven-story building and plan to open a restaurant, a sports bar, a club and a hotel in addition to the casino. Already, $11 million has been invested in equipping the casino, while the whole project will cost an estimated $15.5 million. Mark Stankevich, who is from Poland, is the casino’s general manager. He has lived in Russia for a long time and speaks Russian quite well.

From there we headed to Casino Sochi, which is already two years old. Located in the building where the Media Center was housed during the Olympics, the casino is astonishingly grand and luxurious. Bright lights worthy of the Las Vegas Strip attract gamblers and tourists. The interior is also beyond all praise: luxurious furnishings, VIP rooms and halls, a great number of tables, slot machines … They say that $63 million went into the casino. How soon will the investment pay off? Considering that the company’s tax payments amounted to $23.4 million in two years, I think the casino is doing fine. 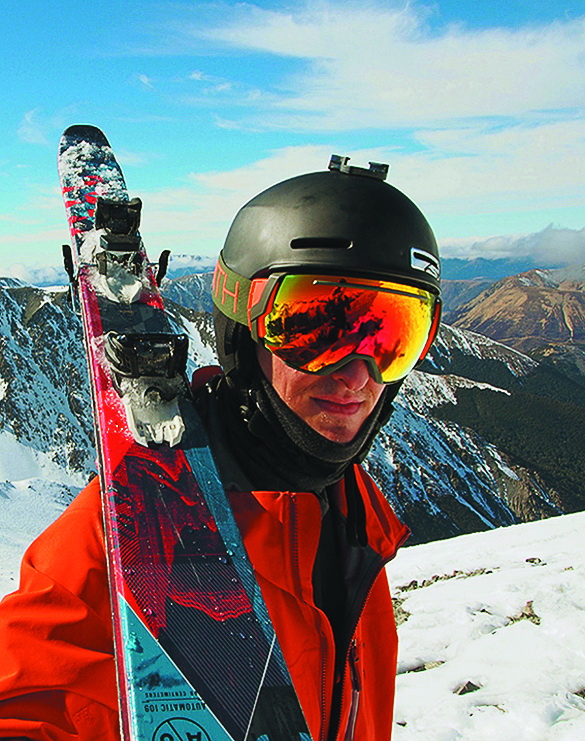 The journalists were able to see the popularity of Casino Sochi for themselves. On a Saturday evening, there was barely room to move. For instance, you had to wait for a long time for a free seat at the Russian poker table. 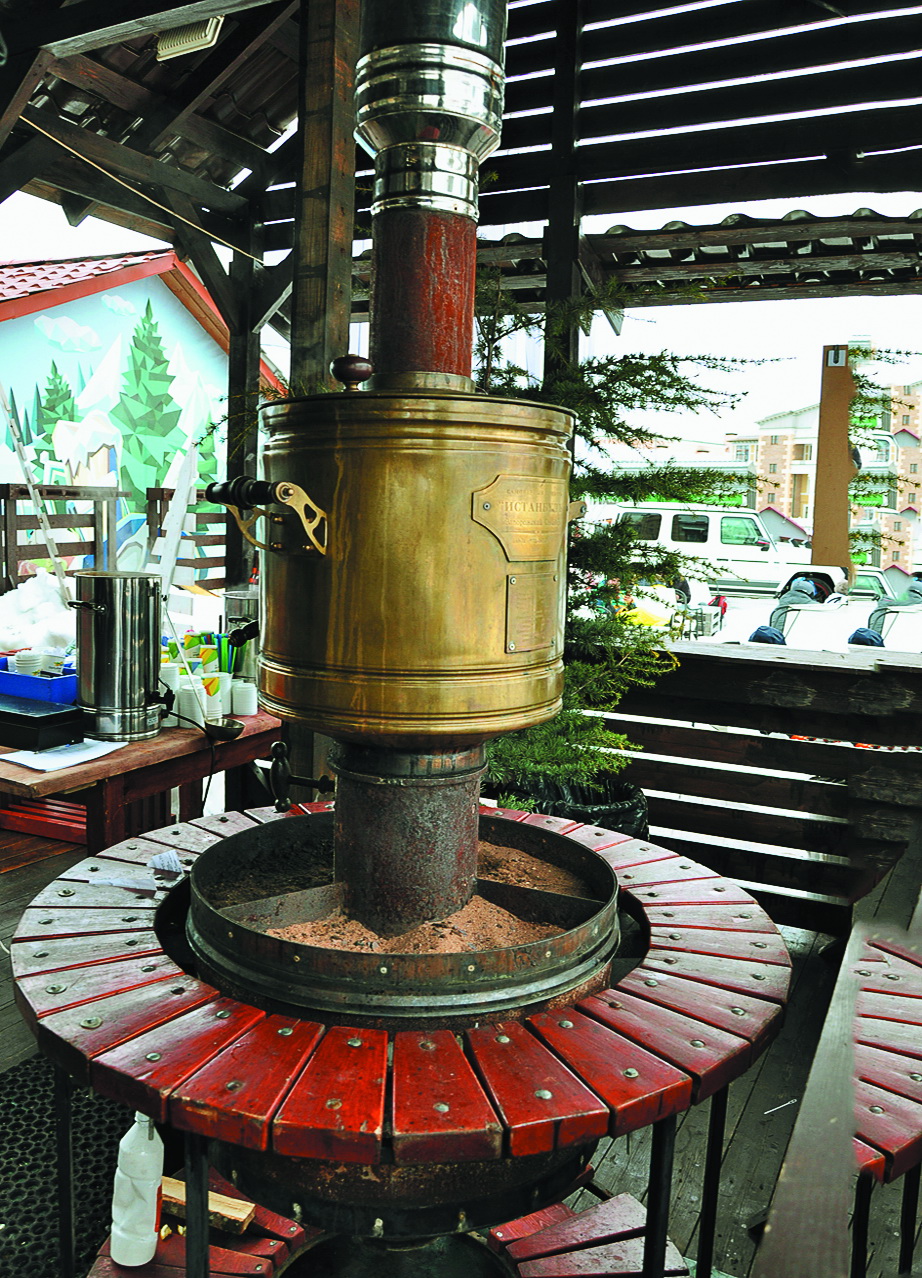 According to statistics, 84 percent of guests are Russian nationals. The rest of the guests are foreigners, and there were many visitors from abroad that evening, playing roulette, poker and the slot machines. In two years, the gaming zone has been visited by 850,000 people from 146 countries, and the percentage of foreign guests keeps growing. 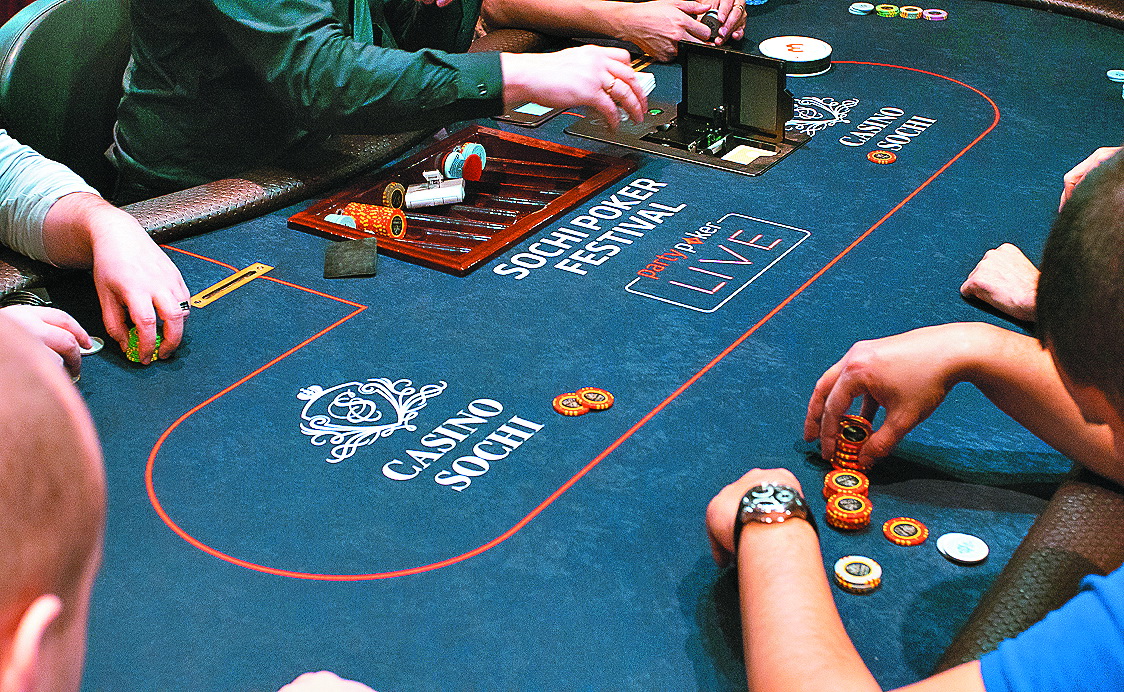 “In a short time in Sochi a new level of tourism has been created — gaming tourism. People from all over the world come here, including world-famous poker players. Now, after the Winter Olympics, thanks to the new infrastructure, this is an entertainment center with all imaginable kinds of service, from skiing to spas to chic restaurants and casinos. During the holidays, the hotels are at 100 percent occupancy,” says Dmitry Afinogenov, director of development for the Krasnaya Polyana Gaming Zone. “More than 120 large companies have held corporate events here in the last two years, and our restaurant Brunello is one of the best in Sochi.”

According to statistics, 84 percent of guests are Russian nationals. The rest of the guests are foreigners, and there were many visitors from abroad that evening, playing roulette, poker and the slot machines.

Casino Sochi regularly holds world poker tournaments. It has already hosted 18 major tournament series, and the record prize pool at a tournament was almost $11 million! According to the organizers, it took just two years to do the amount of work that takes other countries decades to execute. 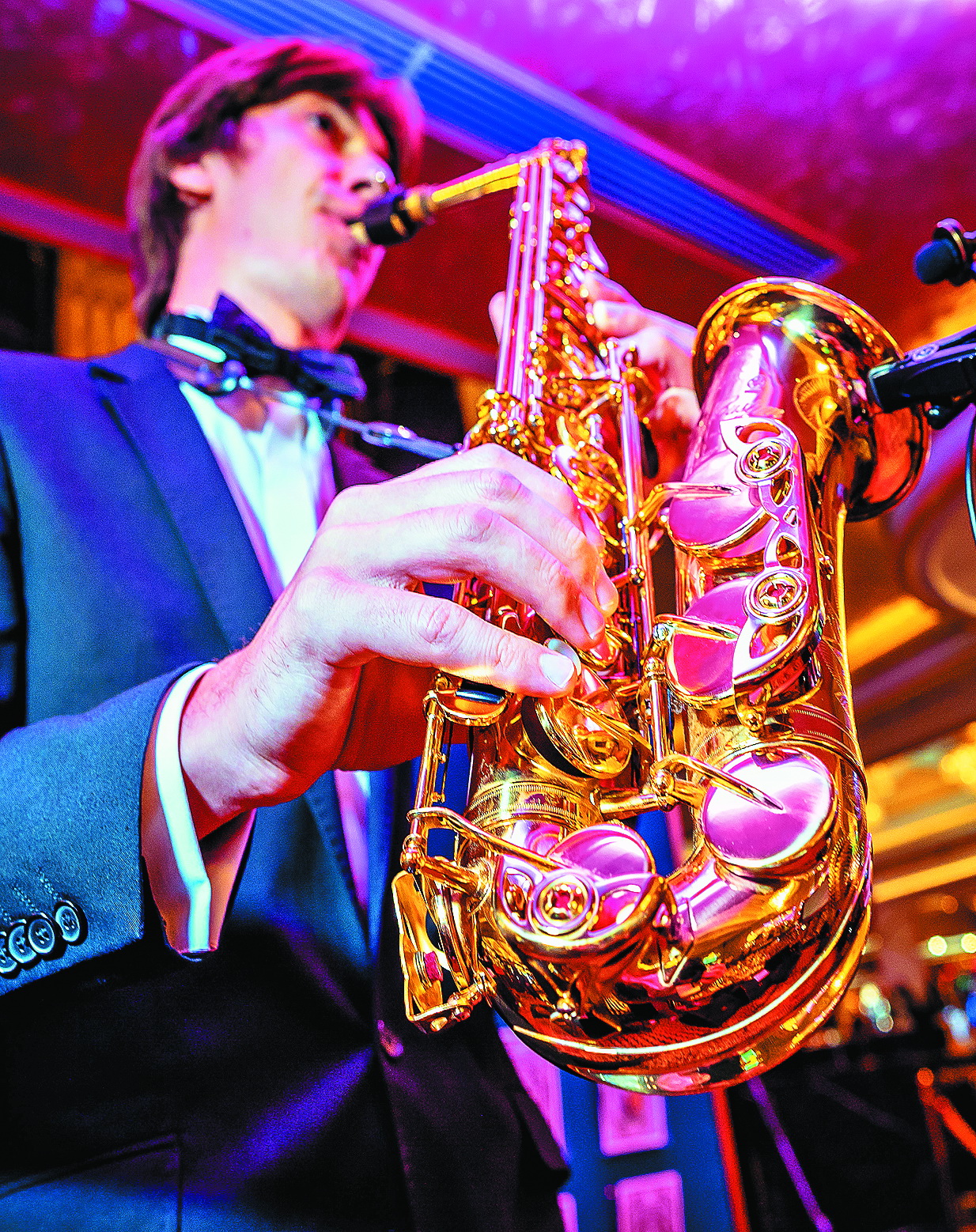 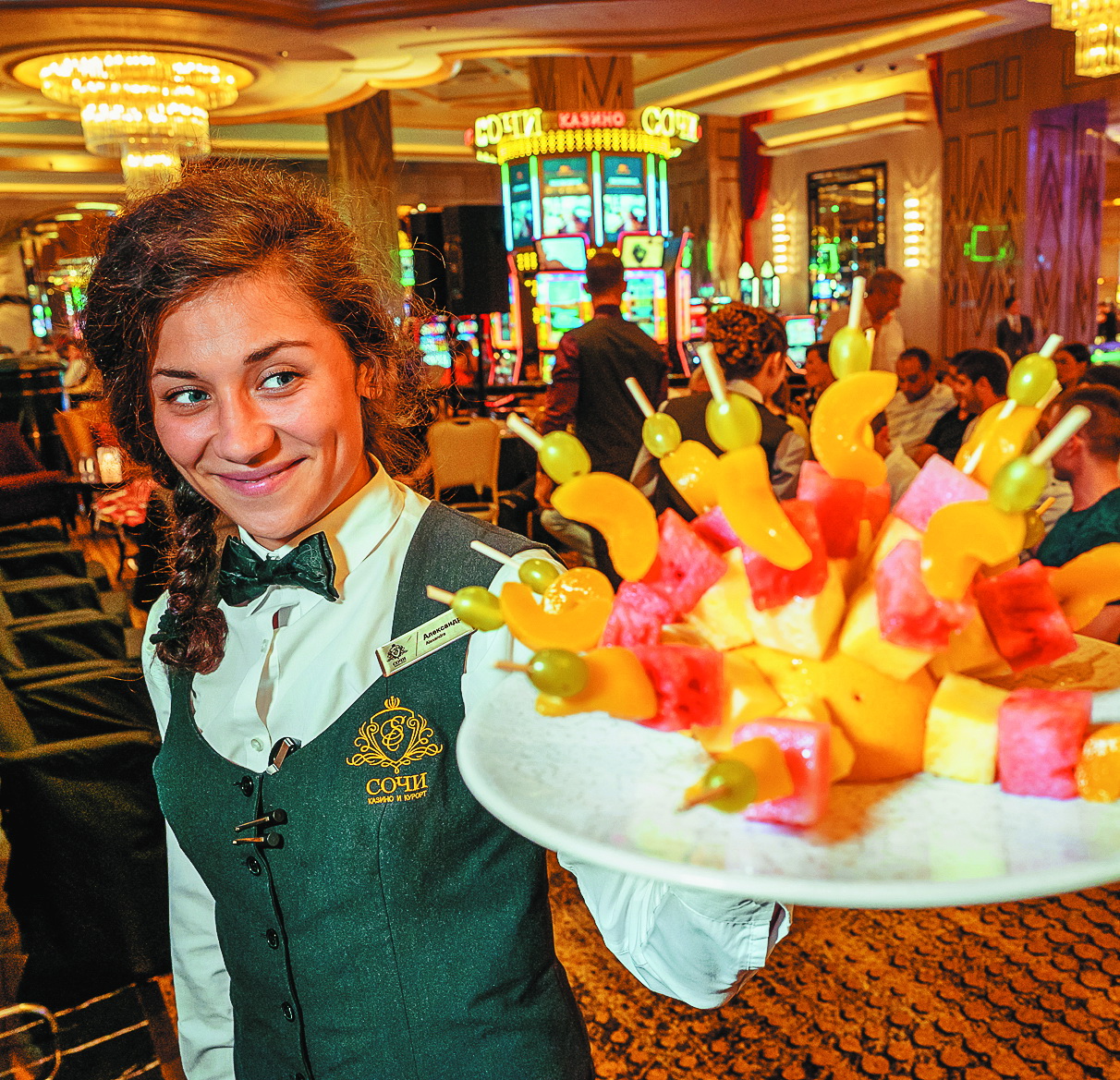 “We were all waiting for a casino to open in Sochi because we realized that it would be the best casino in Russia and the CIS,” said Artur Voskanyan, manager of the poker project. “And that’s exactly how it has turned out. In two years, Sochi has become recognized as a global brand among poker enthusiasts, including those from Macao, Monaco and Las Vegas. We are currently hosting the World Poker Tour with a prize purse of $2.7 million. We have 52 tables — we began with just 10, but now we could add even more. Twelve major tournaments are planned for this year.” 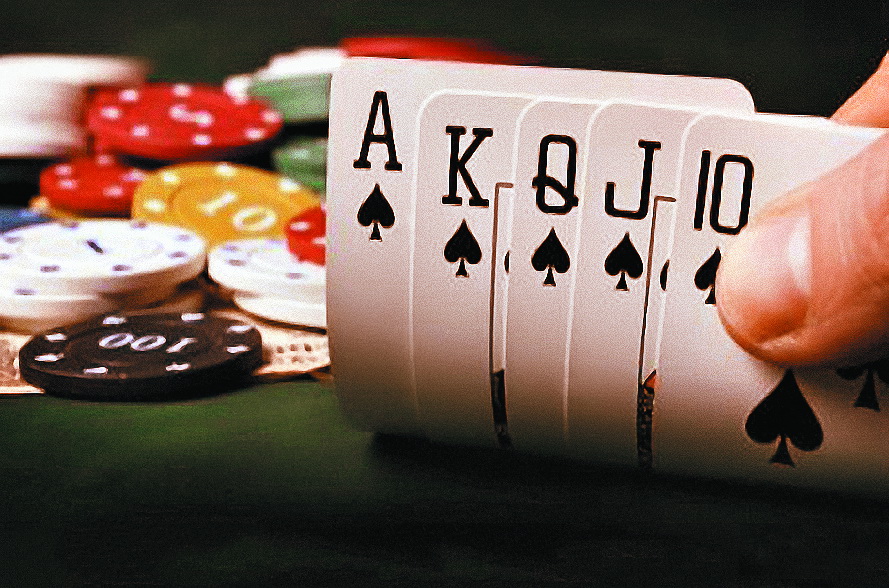 Poker has long since stepped out of the shadows, and now everybody is playing, men and women alike. For the latter, incidentally, there is a separate tournament. The entry fee starts from $200.

“Poker tournaments are like summer camps for adults. Everyone knows each other, the families spend time together and become friends. Poker is a hobby that can make you money,” said Voskanyan.

World Poker Tour President Adam Pliska traveled to Sochi from the U.S. for the tournament. Adam Pliska, who could easily be mistaken for the ex-President of the United States, began his presentation by stating that he is not Barak Obama, and praised the Russians for their outstanding organization of the tournament. His team shot several excellent videoclips about the ski resort and casinos in Sochi, which they immediately posted on the Internet.

The only complaint from the representatives of the gaming zone, including foreign guests, was the difficulty in obtaining Russian visas for foreigners. They generally felt that simplifying the visa process and the possibility of getting a long-term visa would vastly increase the number of foreign tourists.

Cards on the table

If you have never played poker, it’s worth a try. The relatively simple rules allow beginners to test their luck (and skill) at the table. You are guaranteed a rush of adrenalin and emotion.

More than 40 journalists from different cities were first taught the rules of Texas Hold ‘Em. Then the cards were dealt, chips were handed out — and the game began. After three rounds of 30 minutes, each with increased stakes, only the luckiest were left standing.

The winners were announced at the gala reception in the casino restaurant, Brunello. Internationally renowned chef Ilya Zakharov was on hand as guests enjoyed a gourmet dinner.

After the dinner, many of the journalists tried their luck at the roulette wheel behind the poker tables and slot machines. Someone even managed to win a jackpot on the slots.

The unforgettable evening ended with a concert by the popular Russian singer Trofim, whom many of the guests at the Gorky Gorod resort had come to listen to. “This is quite the cultural center,” I thought, and went to place my bet on red.