Oleg Korolyov, the head of the Lipetsk regional administration, is convinced that the development of tourism is an opportunity to serve both one’s community and one’s country. He tells “Tourism & Leisure in Russia” how the region is attracting investors, and how it plans to increase the number of visitors to the area.

A meeting on tourism development was held in the village of Donskoye, situated in the very heart of Russia, which brought together the heads of the districts of the region with professionals from the tourism industry, alongside those who just care about their “Lipetsk Land”.

A new registered tourism brand has appeared in the region this year with just that title, “Lipetsk Land”. According to experts, it is easier to develop the many new, as well as long-established tourism routes in the history-rich Chernozem territory under such an umbrella banner.

Oleg Korolyov addressed the audience: “I deeply understand the meaning of what you are doing. It so happened in my life that, when I was still a young leader of a kolkhoz [collective farm], I got to travel a lot. A great deal. And, as a young man, I couldn’t hold back tears at what I saw…

In any village, any regional centre or city, I saw great historic treasure troves in a state of destruction: churches, the manors of the nobility, country estates, family tombs that had been robbed… I wept from incomprehension: How was it possible to win wars against the Tatars, Napoleon and Hitler, and yet not be able to withstand such barbarism from within, such a blatant, egregious lack of culture?! How was it possible to despoil and demolish such great and essential historical values of Russia?”

“Tourism is not just some trend,” Korolyov says. “It is a very great deed, a category that is both cultural and moral.” He believes the development of the tourism industry will allow the region and the country as a whole to solve its most essential tasks.

“The first such goal,” the head of the Lipetsk region went on, “is the opportunity to serve your country and your community, and to restore what has been destroyed. Tourism is profoundly important; it encourages respect for the Motherland and commits us to putting our effort and energy into the restoration of historic relics. Tourism helps each of us remember that we are the sons and daughters of the Motherland, something that provides inspiration to do something, to rebuild something in our homeland.”

Korolyov considers the most important aspect of the tourism industry to be its contribution to increasing the general cultural level of the Russian people.

“Tourism is a powerful mechanism for developing culture in the wider sense. By creating conditions for attracting tourists, we have to actively strive to correct many existing faults that we may never have noticed before.”

Finally, in addition to such cultural and moral categories, the economic aspect is also very important. Tourism must become a profitable business, and taking a negative attitude toward tourism is unacceptable. Korolyov has decided that issues regarding the development of tourism clusters and infrastructure in the Lipetsk Region, where both the industrial and agricultural sectors are developing successfully, will be a top priority for discussions at all levels.

Such an attitude from the administration toward one of the most forward-looking directions for the social and economic development of the region has already yielded tangible results.

In recent years, the Lipetsk Region’s place on the national ranking for attraction to tourists has increased from 59 to 20. The “locals-to-tourists” ratio is 100 Lipetsk residents to 17 tourists. According to official data, more than 200,000 travellers visited the region last year, but local authorities believe the actual number was actually higher. According to Vadim Volkov, head of the Culture and Tourism Department, this official data does not include pilgrims or the participants and guests of the numerous festivals that take place on the “Lipetsk Land”.

Tourists are attracted by the powerful gravitational pull of special events such as the Rusborg historical reenactment festival, as well as sites such as the Kudykina Gora Safari Park, the Skorynyakovo-Arkhangelskoye estate that has now been restored from ruins, Maslovka village in the Dankovsky district, and the churches of Balovnevo and Beryozovka. As for the ancient city of Yelets, it has already become a popular tourist destination for Muscovites.

Understanding all the aspects of a problem ensures an intelligent solution. The region’s leaders believe that such solutions include the integrated development of the Lipetsk tourism industry, as well as the creation of turn-key business locations for investors, and the digital transformation of tourist routes. In the future, the administration intends to support all promising projects aimed at attracting tourists to the region.

148: Free audio-guides for mobile devices created in the Lipetsk Region, which can be accessed from anywhere in the world.

1.7 billion rubles: Investments in the “Zadonshchina” auto-tourism cluster along the M4 highway. 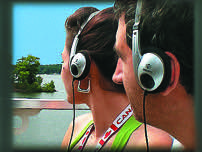 48 percent: Growth in tourism to the Lipetsk Region since 2014.

1st: Ranking of the Chaplyginsk district of the Lipetsk Region as the most developed tourism infrastructure in the Central Federal District.

12: Number of years that the regional Law on Special Economic Zones, which offer investors tax benefits and preferences, has been in effect in the Lipetsk Region.

1 ruble: Price per square meter for leasing cultural heritage sites under a programme proposed by the regional authorities, which is designed to draw investment directed at the preservation and restoration of old manor houses.