IMMERSE IN THE BRIGHT AND UNUSUAL WORLD OF ONE OF THE MOST MYSTERIOUS REGIONS OF RUSSIA – THE REPUBLIC OF SAKHA (YAKUTIA). TAKE PART IN THE ETHNIC RITES OF THE SAKHA PEOPLE, ENJOY THE TASTE OF THEIR NATIONAL CUISINE, EXPERIENCE THE THIN LINE BETWEEN SEVERE FROSTS AND A HOT YAKUTIAN SUMMER, TRAVEL A MILLION YEARS BACK IN TIME AND FEEL YOURSELF A PART OF THE UNIVERSE.

Despite its severe climate Yakutia has always been a hospitable land with unique traditions. Here we describe the main festival events of the Republic of Sakha, and visit the major sights that represent the main “brand” of Yakutia.

Yakutia is famous for its buried riches: it’s the only region in the world where almost all the elements of the periodic table are mined. Just the deposits that have been explored are estimated at a value of around US $5 trillion. These are enormous, almost unimaginable riches. But if you want to try to imagine them, visit the Treasury of the Republic of Sakha (Yakutia). In its halls there are hundreds of precious stones, gold bars, gold dust, and priceless handmade jewellery. Nuggets sparkle like crystal balls, gold and platinum seem unreal, and diamonds the size of walnut are blinding.

The secret of all the riches of Yakutia is the permafrost, its space a depository of different natural resources. Permafrost is the main peculiarity characteristic of the nature of the North, and you can discover this natural phenomenon in the “Kingdom of Permafrost” complex, a giant glacier in the heart of a mountain. There are numerous ice sculptures, remains of ancient animals, an ice slide, and an Ice bar at the far end of the Kingdom, where you can taste slices of stroganina, slices of frozen fish or meat served cold, which is known as the best delicacy of Yakutia.

The Lena Pillars Nature Park is the main beauty of the Lena river, a unique creation of nature that is a UNESCO World Heritage Centre miracle, which you can visit at any time of the year. The closer you get to the Pillars, the stranger they seem against the massive stone wall. Some of the formations recall ancient Gothic castles, while others look like rows of stone soldiers or elongated human faces. When the sun goes down, the shadows lengthen and start to move, creating an illusion of rock pillars in motion. There are plenty of legends about this place and one of them… is about love. This place is a memorial of love, faithfulness and courage: the Lena Pillars are nothing more nor less than a loving couple, and a dragon’s castle under its spell. The evil beast wanted to marry the young man’s beloved, but he took revenge and defeated the evil beast in a deadly fight.

Yakutia is famous for its buried riches: it’s the only region in the world where almost all the elements of the periodic table are mined. Just the deposits that have been explored are estimated at a value of around US $5 trillion.

This is the world’s only specialized scientific and cultural centre for research into mammoth fauna and habitat in the ice age. Remains of mammoths are unique prehistoric relics and part of the heritage of Yakutia. The permafrost layer has preserved thousands of unique specimens, so mammoth remains are often found there. At the museum you can learn how living cells of mammoth are found, and about their cloning which may make a new mammoth birth possible, even if the breed became extinct over 10,000 years ago.

“Winter Starts from Yakutia” and “Taste of Yakutia” Festivals

Winter frosts come first to Yakutia, the most northern part of Russia. As a symbol of the arrival of the “first winter” the First Russian New Year Tree is illuminated. The festival is shrouded in magic, which you can feel when visiting the “Kingdom of Permafrost”, meeting Chyskhaan the Lord of the Cold, or reindeer sledding, visiting the Yakut Laika kennel and its mushing school. Gourmet food at the Taste of Yakutia festival adds to the magical atmosphere. In addition to tasting the best dishes of the national cuisine, you can also take lessons in cooking Yakutia delicacies.

“Travel to the Pole of Cold” Festival

The brightest and the most authentic winter festival includes the holiday of reindeer breeders, the ceremony of returning the Symbol of Cold to the Ice residence of Chyskhaan, the Lord of Cold, with exhibitions of work by national craftsmen, tasting national dishes, reindeer sledding tours, and fishing on the legendary Lake Labynkyr. The route from Yakutsk to Oymyakon, the Pole of Cold, runs through six regions of the Sakha Republic, thousands of kilometers along the Kolyma Highway. Take the chance to set a record by visiting the coldest place on earth, and even have a swim in the Indigirka river that never freezes.

The “Yhyakh” National Holiday presents the unique spiritual riches of the Sakha people, symbolizing the celebration of the life and nature of Olonkho land. The long-awaited holiday reflects the traditional worldview
of the Sakha people. It showcases national colour and folklore: dancing and music, rituals and ceremonies, traditional costume and cuisine, special festival items, handicrafts and architecture, as well as the national philosophy. The “Yhyakh” National Holiday gives you a sense of unity with nature and harmony: everyone who enters the circle is filled with great energy for the whole year. Finally when you meet the sunrise, the soul is purified. 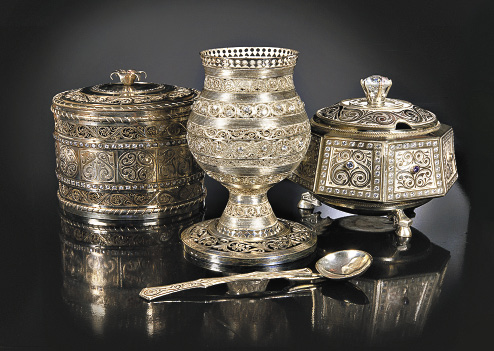 The brightest and the most authentic winter festival includes the holiday of reindeer breeders, the ceremony of returning the Symbol of Cold to the Ice residence of Chyskhaan, the Lord of Cold.

A truly exciting journey that allows you to see and even participate in every stage of diamond processing, from mining to cutting. At the end you hold original Yakutia diamonds in your hands, and can buy them at a great price, since during the Diamond Week of Yakutia there are 70% discounts in all the jewellery shops in Yakutsk, as well as an auction of the largest diamonds and exclusive diamond pieces of jewellery, the Diamond Ball and demonstrations of masterpieces of jewellery.