KHABAROVSK TERRITORY IS ONE OF THE MOST INTERESTING, BEAUTIFUL AND MYSTERIOUS REGIONS OF RUSSIA’S FAR EAST. THE ANCIENT TAIGA, AMAZING NATURE, AND PICTURESQUE LANDSCAPES MAKE IT ONE OF THE MOST ATTRACTIVE PLACES IN THE COUNTRY. 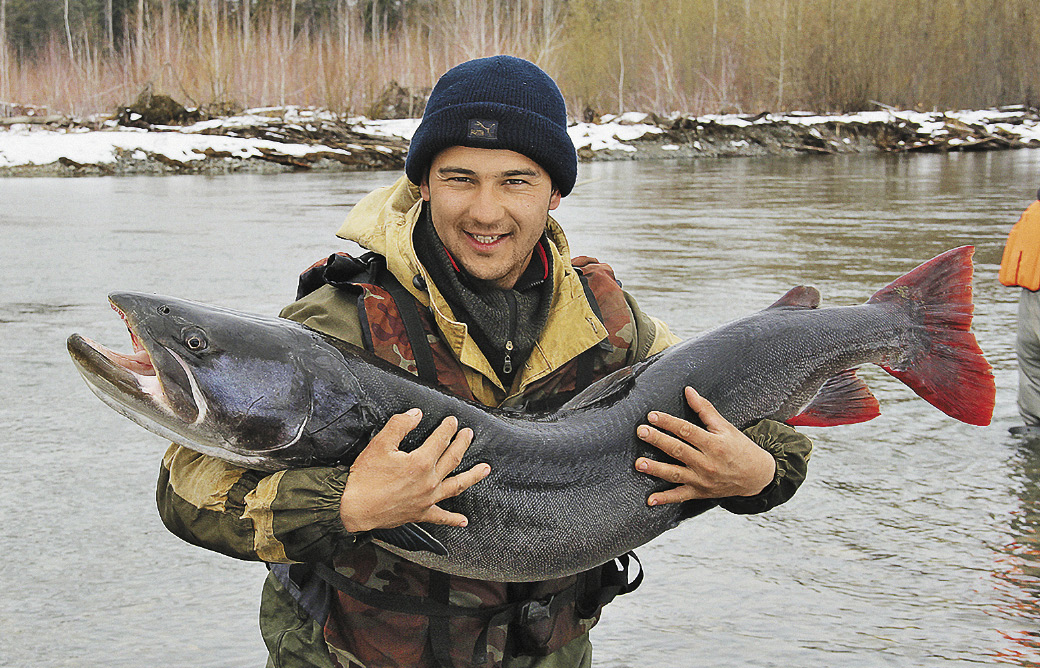 Khabarovsk Territory is one of the largest regions of Russia – three times the size, for comparison, of Great Britain. For neighbouring countries of Northeast Asia, such as the People’s Republic of China, Japan and the Republic of Korea, the region is considered “Near Europe”, interesting for its nature, cultural heritage, architecture, traditions and local cuisine.

The Amur River, one of the world’s ten longest rivers and the main channel of Russia’s Far East, flows through the Khabarovsk Territory. The Amur River fish fauna is second to none, with about 130 different species of fish. By taking a boat, you can see the unique Far Eastern landscapes, and become acquainted with the history, culture and traditions of the indigenous peoples which inhabit the river’s banks. You can take a short trip for a few hours or a full cruise for up to 10 days visiting the largest cities, Khabarovsk, Komsomolsk-on-Amur and Nikolayevsk-on-Amur.

Lovers of antiquity are sure to be interested in Neolithic settlements in the area of the villages of Voznesenskoye and Mariinskoye, medieval settlements near the villages of Achan and Troitskoye, and the famous Tyrsky cliff where in the 15th century the Manchurian temple and stone pillars were located. 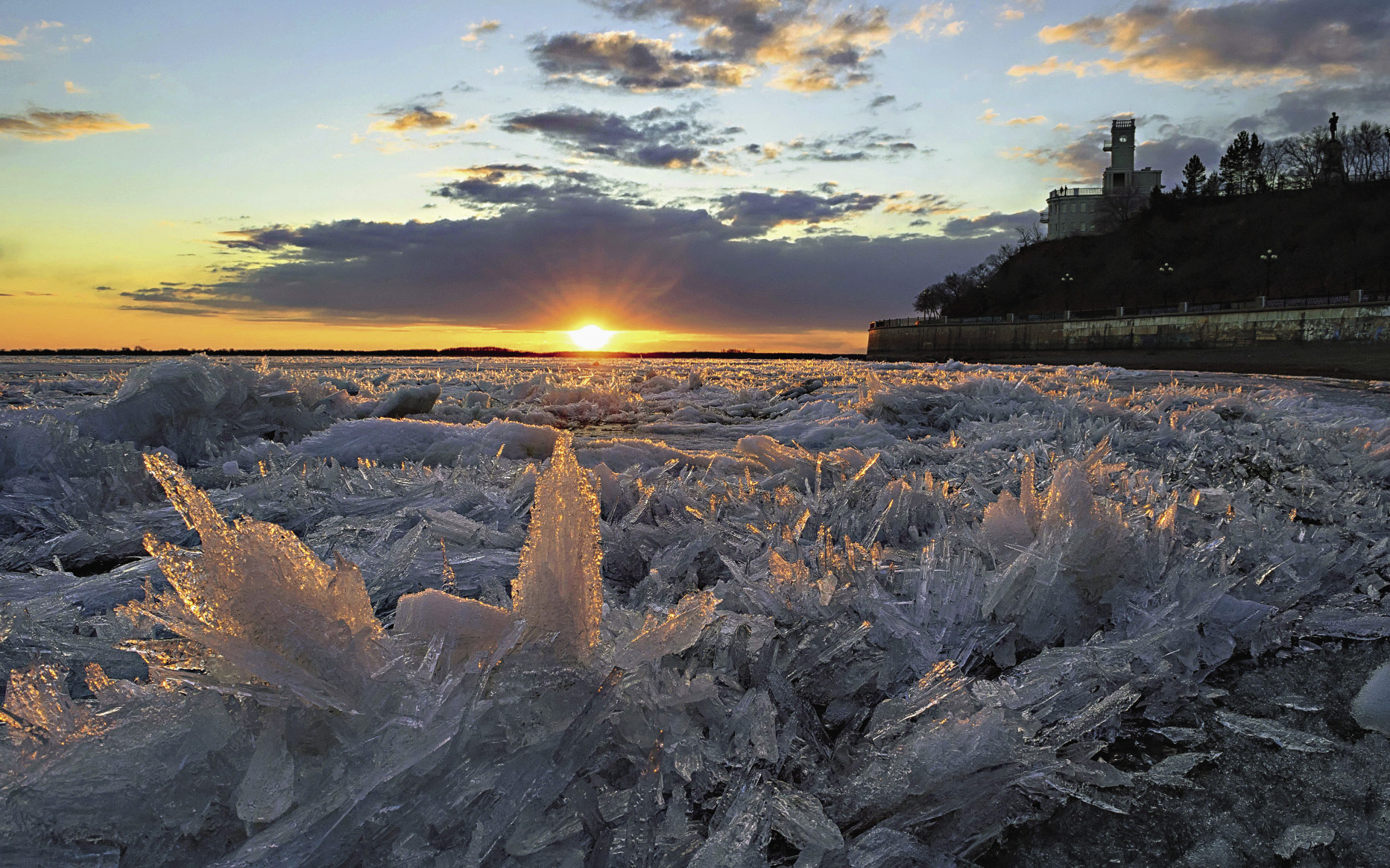 One of the world’s great rivers, the Amur, runs through Khabarovsk Territory.

In the region’s rivers ana lakes fish are plentiful – so fishing will be unforgettable.

The indigenous peoples of the Amur Region have preserved their distinctive culture and local cuisine. 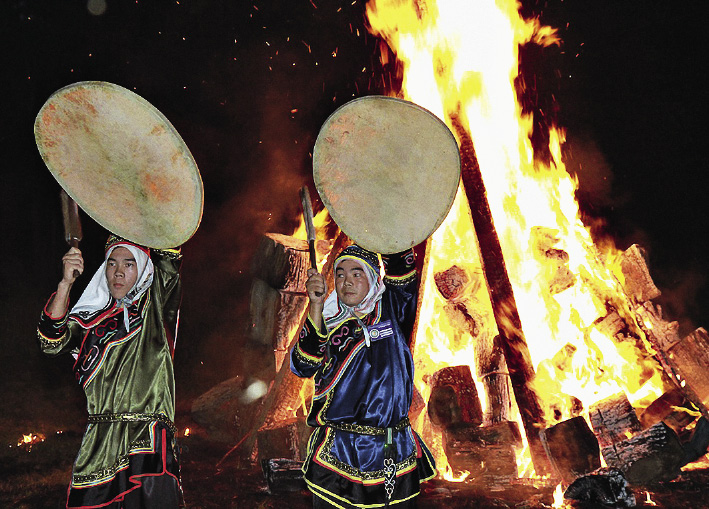 Seventy km from the city of Khabarovsk, along the right bank of the Amur River, near the villages of Sikachi-Alyan and Malyshevo, there is a unique archaeological monument, “Petroglyphs of Sikachi-Alyan”. Images of masks, animals, birds, snakes, boats, dimples and concentric circles are carved on basalt rocks. The images date from the Mesolithic and Neolithic eras, the early Iron Age and early Middle Ages and date back to the 12th millennium BC-the first half of the 1st millennium AD. Currently, about 435 images on 120 decorated rocks and rocky outcrops are preserved.

The indigenous peoples of the Amur Region such as the Nanais, Ulchi, Udege, Negidal, Nivkhi, Orochi, Evenkis and Evens who have preserved their distinctive culture and peculiarities of local cuisine are guides to this world of ancient traditions and customs. In the villages of Sikachi-Alyan and Nizhnyaya Manoma, guests are invited to participate in fishing, and then in cooking the Far East fish starter tala, ukha fish soup and grilled fish according to traditional recipes.

In addition, tourists are offered a variety of gastronomic programmes such as tasting tea from a
samovar, and trying homemade cookies, rolls with various fillings, classic Russian pies and home-made pickles. Visitors are also treated to home-brew with aromatic appetizers, juicy meat steaks and Bavarian sausages, as well as salmon and halibut steaks baked with herbs and olive oil. Guests are especially delighted by master classes on making pelmeni and vareniki in which everyone can cook and taste these traditional dishes of Russian cuisine.

The Amur River marine fauna is second to none, with about 130 different species offish. By taking a boat trip, you can see unique Far Eastern landscapes.

The major part of Khabarovsk Territory is occupied by plateaus and mountain ranges. Lovers of adventure fishing and outdoor activities will enjoy rafting the many mountain rivers. The rivers and lakes are rich in fish including the Amur sturgeon, the largest freshwater fish that can reach a weight of 1,000 kilograms. On fishing trips on the River Uda flowing into the Sea of Okhotsk, every year travellers get to catch trophy taimen of giant sizes – from 40 to 90 kilograms, lenok, grayling, char, white-spotted char, masu salmon and coho salmon fishing is also popular.

The difficulty of reaching the Shantar Islands has meant that their pristine nature has been preserved. 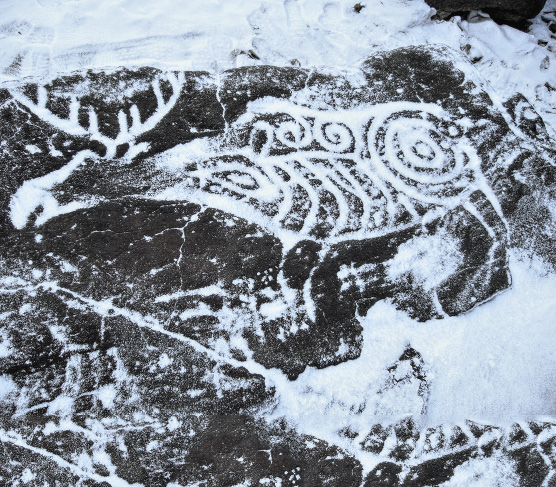 The “Petroglyphs of Sikachi-Alyan” date from the Mesolithic, Neolithic, early Iron Age and early Middle Ages.

Also, tourists are offered combined tours with a visit to the Dusse-Alin mountain range. This area is amazingly beautiful and has many interesting natural sites. Since the area is quite hard to reach, the tour has been named “The Lost World”. All those who visit this kingdom of rocks, lakes and waterfalls will leave with great memories for many years to come. 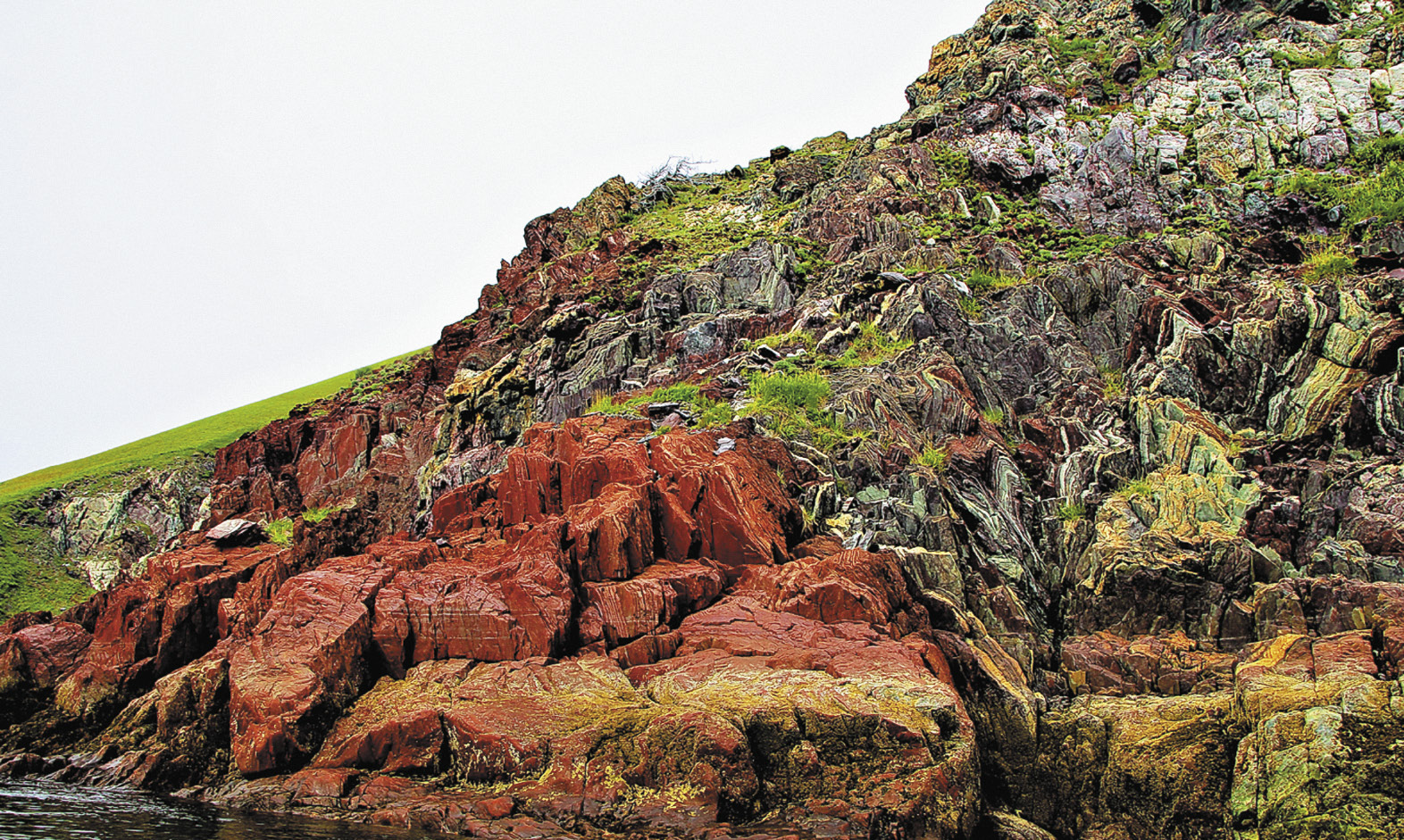 Another wonderful place is the Shantar Islands. Everything is fascinating and unusual there: a variety of capes and kekur rock formations, quaint rocks and mysterious caves, the crystal clear water of streams and rivers, waterfalls, tides, and great hunting grounds for lovers of fishing, berrying and picking mushrooms. On the islands, brown bears roam along the coast, you can hear the chorus of many different breeds of birds, and predatory killer whales chase seals. The pristine nature of the islands has been preserved due to their inaccessibility. Their coastal waters are clear of ice only for two or three months a year. In summer, bright greenery and a huge number of flowers of different colours blossom along the shore. In this part of the Sea of Okhotsk, bowhead whales feel at ease. In the bay of Ongachan you can observe them just a few meters from the shore.

Khabarovsk, the capital of the area, is the main transport hub of the region. The main air, rail, water routes and highways connecting the region with Russian cities as well as many foreign countries intersect here. There are daily scheduled flights from Moscow, the flight taking about 8 hours. Flights from Novosibirsk, Yuzhno-Sakhalinsk and Vladivostok to Khabarovsk also operate. 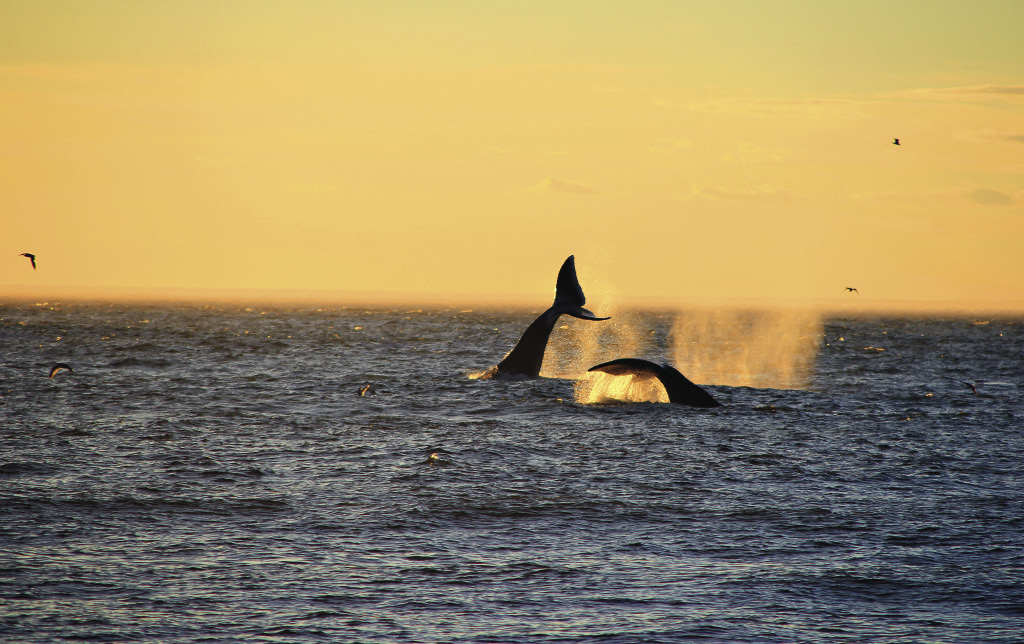 In the bay of Ongachan, whales can be seen only a few meters from the shore. 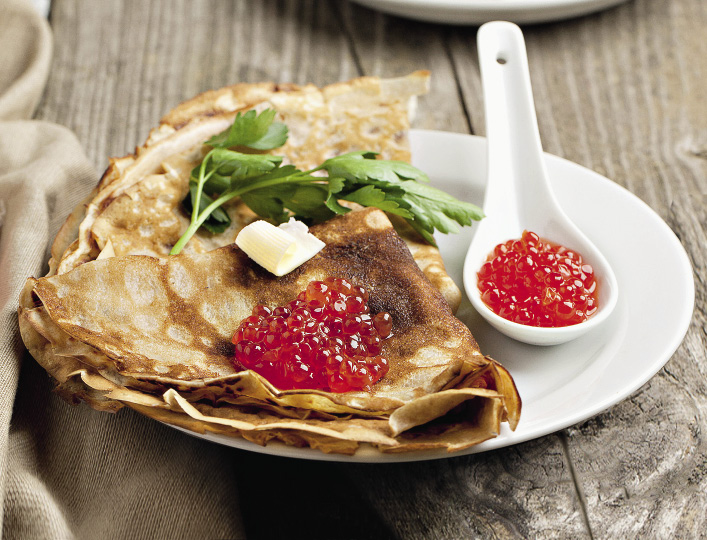 You can also admire the majestic panorama of the capital of the region by taking a fascinating boat trip along the Amur River. Khabarovsk has the leading museums of the Far East, their collections containing unique exhibits from the fields of ethnography, fine arts, archaeology, history, literature, culture and other spheres. The largest and oldest theatres of the region

– the Regional Music Theater turned 90 in 2016 – perform here, and there are exhibitions where you can learn about the history and culture of the region. We also strongly recommend you to walk along the river embankment, climb a cliff and admire the open landscapes of the mighty and majestic river.

An hour’s drive from the regional capital is one of the largest tourist complexes, “Zaimka”, which serves as a link in the network of river routes in the territory of the region.

The second largest city of the region, the “city of Youth” Komsomolsk-on-Amur was founded in 1932. Until 1993, this large industrial centre was closed to foreigners. Today, tours are offered there with a visit to the Sukhoi Aircraft Plant where the Su-35 multipurpose fighter, the fifth-generation fighter of the T-50, and the regional passenger plane “Sukhoi Superjet 100” are produced.

In this region, winter is high tourist season. During this period, you can take a ski trip and climb to the summits of Sikhote-Alin, as well as the extremely picturesque spurs of Miao-Chan. Lovers of active entertainment are invited to the ski resorts “Khold-omi” and “Amut Snow Lake” where all conditions for winter recreation and skiing on natural snow from November to May inclusive are created.

Travelling around Khabarovsk Territory will leave you with many great impressions.