One of the largest industrial, cultural and scientific centres of Russia, Samara stretches some 50 kilometers along the left bank of the Volga river, at its meeting place with the Samara river. The city has the largest railway station in Russia, and there is a river port and airport, as well as a metro that opened in 1987. During the Second World War, Samara, which used to be called Kuibyshev, became the second capital of the USSR. The Soviet government, foreign embassies and representative offices, and major industrial enterprises were evacuated here. Like Nizhny Novgorod before the beginning of the 1990s, Samara was closed to foreigners. It is 1,098 km by road to the east of Moscow.

Samara will host six world championship matches: four group games – with the participation of teams from groups A, C, E, and H, and an 1/8 and a 1/4 final. They will be held on June 17,

“Samara Arena”, with its natural grass surface, artificial heating and automatic irrigation systems, is being built near the highest point of the city – the Radio Centre village. The stands are designed for 45,000 spectators, and its architectural features include space motifs. At the end of the World Championship the stadium will be passed to the “Soviet Wings” football club and renamed “Space Arena”.

In Samara, fans who cannot make it to the stadium will be able to follow live broadcasts of matches in Kuibyshev Square. According to local media, in terms of capacity the Samara fan zone (35,000 people) will be second only to the site on Voro-byovy Gory in Moscow.

The Samara region has more than 270 hotels, mini-hotels and hostels designed for both budget tourists and those seeking greater comfort. Visitors can stay in countryside boarding houses and campsites, rent a room or an apartment, with prices ranging from $6 to upwards of $200 per night.

VISITORS TO SAMARA ARE RECOMMENDED TO VISIT STALIN’S BUNKER, AS WELL AS LOCAL MUSEUMS COVERING THE HISTORY OF AVIATION AND SPACE, MILITARY HISTORY, ART, LITERATURE, AND THE ARCHAEOLOGY OF THE VOLGA REGION.

Samara has restaurants, cafes and canteens for every taste and budget. Visitors can try Russian, Tatar, Caucasian, Japanese, European and other cuisines, while the restaurant “Old Apartment”, located in the basement of a late 19th century mansion, offers Samara specialities. At “U Wakano”, the house restaurant of the Zhiguli brewery, you can try all the different types of beer produced there. Another popular institution in the city is Anticafe, where visitors pay for the length of their stay, not for specific dishes. The Top 10 establishments, according to Trip-Advisor, include the “Puri”, “Perchini Grill & Wine”, “Frau Muller”, “Churchill Bar”, “At Bottom”, “Cozy Cafe Benjamin”, “Shamrock”, “Olivier” restaurants and cafes, as well as “CoffeeBean” and the “Shannon” Irish pub. 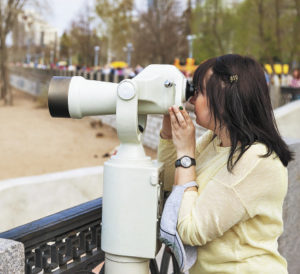 Visitors to Samara are recommended to visit Stalin’s bunker (only by tour, organized for groups of 20-25 people), as well as local museums charting the history of aviation and space, military history, art, literature, and the archaeology of the Volga region. The Samara Art Museum has a rich collection of paintings by Repin, Surikov, Kramskoi, Polenov, Mako-vsky, and works by Malevich, Konchalovsky, Lentulov and Burliuk. The cave of the Greve brothers, where in labyrinths of the karst landscape one can see traces of a Bronze Age site, is close to Samara in the Sokolii mountains, where you will find the bones of a cave bear and a woolly rhinoceros. Tourists with children are recommended to visit the largest aquapark in Europe. A good way to explore the area is on a trip along the Volga by motor boat or yacht.