Sergei Vdovin, ambassador of the 2018 FIFA World Cup Volunteer Programme, speaks at the launching of buses branded with the championship symbols at the “Mordovia Arena” stadium.

Saransk was founded in 1641 as a fortress on the south-eastern outskirts of the kingdom of Moscow, and received its city status in 1780. It is named after the Saranki River, on the banks of which it was built. It is the capital of Mordovia, one of the republics of the Russian Federation. It is located 642 km southeast of Moscow, with a population of about 315.000 people. It is a small, cozy and green regional centre, which in recent years thanks to sports in general, and football in particular, has developed quickly and become more beautiful. In 2004-2012 Saransk was in the TOP-3 most comfortable urban settlements in Russia on five occasions.

Saransk will host four world championship matches: four group games – with teams from groups B, C, G and H. They will be held on June 16, 19, 25 and 28 at the new “Mordovia Arena”, which has been specially built for the 2018 World Cup.

The new “Mordovia Arena” football stadium is being built on the floodplain of the River Insar, between Volgograd and Communist Streets. The appearance of the arena will resemble a red sun ball, symbolizing Mordovia, with capacity in the stands for 45.000 people. After the 2018 World Cup, the stadium will become the home of the FC “Mordovia” and the main sporting centre of the city.

The Arena is almost in walking distance from the railway station (about 2.4 kilometers), the airport and the bus station of Saransk (about 4.8 kilometers). However, there will be shuttle bus transport links for fans to the matches. The stadium is also near the “Posol” suburban railway station.

SARANSK’S ATTRACTIONS ARE CONCENTRATED IN THE CITY CENTRE, LED BY THE REPUBLICAN MUSEUM OF FINE ARTS WITH ITS RICH COLLECTION OF WORKS BY THE SCULPTOR STEPAN ERZI.

The fan zone in Saransk will be located on Sovietskaya Square, and will accommodate 25,000 people. There will be a stage with a large screen, canopied stands, divided into super-comfort, superior comfort and economy class, as well as souvenir stalls, cafes and a recreation area.

Saransk does not have that many hotels, so fans need to hurry to find suitable accommodation options in the city itself. Specialized tourist sites offer 49 accommodation addresses, including 3-star hotels and guest houses. The hotels “Saransk”, “Admiral” and “Olympia” have the highest ratings, with prices ranging from $15 per bed in a hostel to $220 for the presidential suite in the “Admiral”. A new residential complex being built next to the stadium will increase the number of rooms, and 1,700 new apartments will be used as hotels during the World Cup. 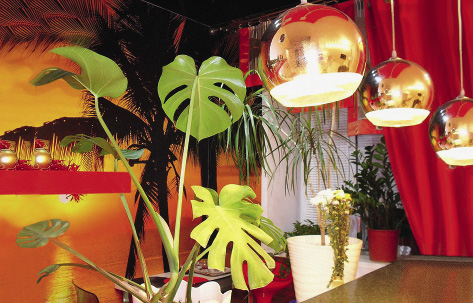 Saransk’s attractions are concentrated in the city centre, led by the Republican Museum of Fine Arts with its rich collection of works by the sculptor Stepan Erzi, the Museum of War and Labour which shows popular history, as well as the Trinity Church, the St. John the Theologian Church, and the majestic cathedral of Fyodor Ushakov, devoted to the legendary Russian admiral who is revered as a saint. The Pushkin Central Park of Culture and Recreation spreads over 40 hectares, including a live calendar and a panel on which the silhouette of the great Russian poet is planted with flowers. There is a small zoo, a floating fountain, and a variety of children’s attractions. The light and music fountain “Star of Mordovia” – the largest in Russia – operates on Theatre Square. Lovers of outdoor activities can go on horseback excursions, try the paintball and laser tag club “Energy”.