THE WARM SEA, HIGH MOUNTAINS, UNIQUE SITES OF NATURE, MODERN HEALTH RESORTS, NATURE RESERVES AND NATIONAL PARKS ALL COME TOGETHER IN THE FAR EAST REGION. THERE IS SO MUCH TO CHOOSE FROM!

Sportsmen, eco-tourists, professional photographers and hunters all come to visit the Primorsky Territory. “Tourism & Leisure in Russia” discovers some of the best reasons to make the journey.

10 Reasons to Visit the Primorsky Territory

Visit the amazing lighthouse on Cape Gamow – lighthouse “number one” in Russia! Situated on the southernmost part of the region, the Gamow Lighthouse continues to function as a navigational reference point and guide for passing ships.

Take a boat ride in the Far Eastern Marine Nature Reserve – with its uninhabited islands and seal breeding-ground. The boat trip takes visitors to picturesque islands and bays, with the chance of a sighting of a variety of whales, including small minke whales and killer whales, as well as dolphins.

Fly by helicopter over the mystical Pidan Mountain – or climb it on foot!

Conquer the snowy peaks of the ski resorts of Primorye and ski down their slopes. The natural relief of the geography of Primorsky Territory has given rise to many mountains and hills, some with ski slopes.

Learn about graceful wild cats by visiting the national parks “Land of the Leopard” and “Call of the Tiger” and the nearby Safari Park.

The Amur tiger is a wild cat that lives in the taiga of Primorsky Territory, where the tiger is considered a sacred beast. Visitors to Vladivostok can take part in a “tiger quest” and “capture” all the sculptures of cats in the city on their cameras.

Visit Petrov Island and see the only island yew grove in the world!

This island is located in a small and protected area of the Sea of Japan.

Those who have had a privilege of visiting the island leave with a lifetime of memories of this paradise.

“Plunge into history” at the Paleo-village, which features dwellings dating back to the Stone Age and the Middle Ages.

The original open-air museum showcases the archaeological, historical and cultural heritage of Primorye.

Visit the largest Oceanarium in the Far East! At Primorsky Oceanarium, visitors encounter impressive visual displays which capture the birth of the universe, the evolution of life in the Ocean, and the present-day variety of wildlife in the fresh and marine waters of our planet.

Drink medicinal water from the “Sikhote-Alin” mountain ridge spring, which is featured on the list of protected UNESCO sites.

The protected areas of Sikhote-Alin attract tourists who want to experience the greatness of nature. Some peaks of the mountain range rise to more than 2,000 meters, and one of Russia’s largest rivers, Amur, flows through them.

This Pacific region has produced a variety of taiga and sea species of flora and fauna that have an unusually high concentration of biologically active substances. Crab, sea cucumber, scallop, red fish, fern and lemongrass are just some of the culinary options to try while visiting Primorye. 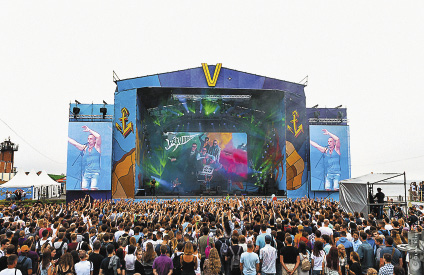 A major music festival and international music industry and cultural management conference has been held in Vladivostok every August since 2013.

This international competition in drifting (a motoring discipline) featuring the best Russian and Asian drivers is traditionally held at the end of September in the popular tourist and recreational area of “Primorskoye Koltso”, a suburb of Vladivostok.

This holiday has taken place in Vladivostok annually in September for the past 18 years and has become a tradition where residents and visitors dress in tiger “suits” for one day and participate in a festival parade. “Bridges of Vladivostok” Marathon This impressive race brings runners from all over the world together with thousands of Primorye residents who take to the streets of the city and turn the route into what can best be described as a “living corridor”.

This International Music Festival has expanded annually, and in 2017 concerts were given not only on the main stage, the Primorye Stage of the Maritime Theatre, but also in other cities of the region. Festival-goers can enjoy masterpieces of classical and modern music.

On the route known as “The Fire Tiger” tourists first visit the “owner” of the Ussuri taiga, the Amur tiger, then they experience all the power of fire on the Kamchatka peninsula with its exceptional wildlife attractions.

“The Eastern Ring of Russia” is a single brand that demonstrates the diverse tourist potential of Far East regions and Transbaikalia. It was first presented at the second Pacific Tourist Forum in Vladivostok in 2016. The regions united into this ring can stimulate the development of domestic and international tourism in the Far East and the Baikal region of Russia.
Of particular interest to tourists are UNESCO World Heritage Sites such as Lake Baikal, Kamchatka volcanoes, Sikhote-Alin Biosphere Reserve, Lena Pillars Nature Park, and Wrangel Island. The starting point for a tour of the “Eastern Ring” is the city of Vladivostok.

That is where your journey through this vast territory begins – there are many discoveries to be made that will leave visitors with unforgettable memories.

A variety of inter-regional routes have also been created for tourists.

A joint project has been developed between Primorye and the Republic of Sakha (Yakutia) called the “Tiger Diamond”. Visitors are able to experience a variety of locations in both regions over tours of 9-12 days. In Primorsky Territory, there are natural attractions related to the Amur tiger and the hotel complex “Tigre de Crystal”. Yakutia offers an exhibition of diamonds and “Lena Pillars” for visitors to experience. This tour is well-established and very popular with foreign tourists.

Another inter-regional route, “Legends of the Pacific”, unites Primorsky Territory and Yuzhno-Sakhalinsk. Tourists are able to see the “seaside home” of the Far Eastern leopard, visit the casino, spend an evening in the Mariinsky, and become acquainted with one of the most beautiful places in Sakhalin, located on the south coast of the island.

The Primorsky Territory and Kamchatka have joined together for the inter-regional route known as “The Fire Tiger”. Usually tourists first visit the “owner” of Ussuri taiga, Amur tiger, then they experience all the power of fire on Kamchatka peninsula with its exceptional wildlife attractions. 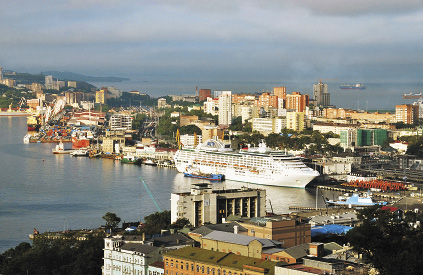 Free-port regime extends to Vladivostok and 15 municipalities within the Primorsky Territory. Free Port of Vladivostok includes all the key ports of southern Far East, from Zarubino to Nakhodka and the Knevichi airport. In 2016, an edict of Russian President Vladimir Putin extended the free-port regime to the key harbours of Far East: Khabarovsk Territory, Sakhalin Region, Kamchatka Territory, Chukotka Autonomous District, and Primorsky Territory.

The application process for those wishing to visit the Vladivostok Free Port is extremely simple: apply for an electronic visa at least four days prior to your planned visit. For more information, please visit evisa.kdmid.ru.

This new policy is important not only for Primorsky Territory, but for the whole country. Primorsky Territory is the first to accept foreigners in this manner, and Chinese and Japanese visitors are especially attracted there. In addition to these two countries, Algeria, Bahrain, Brunei, India, Iran, Qatar, DPRK, Kuwait, Morocco, Mexico, United Arab Emirates, Oman, Saudi Arabia, Singapore, Tunisia and Turkey are included in the list of countries whose citizens can apply for an electronic visa.

At the moment, according to this new procedure, visitors are ableto enter Russia via two points in Primorye: seaport entry point in Vladivostok and one located at Knevi-chi airport.