The Kursk Bulge Memorial complex was built in 1998 to celebrate the 55th anniversary of the Soviet Army’s victory at the Battle of Kursk.

ANY TRAVELLER, WHETHER IN DISTANT LANDS OR A NEIGHBORING COUNTRY, WILL ALWAYS BE EAGER TO TRY LOCAL FOOD — INDEED, IT IS THROUGH TRADITIONAL CUISINE THAT WE LEARN ABOUT OTHER PEOPLE’S UNIQUE CULTURE AND WAY OF LIFE. KURSK NATIVES HAVE BEEN KNOWN THROUGHOUT THE CENTURIES AS HOSPITABLE WITH A NUMBER OF CULINARY SPECIALITIES.

PHOTOS: TIC OF THE KURSK REGION

This is our “Land of the Nightingale: Culinary Tour”, presented to you by the Kursk Regional Tourism and Information Centre.

The first stop on our culinary tour is the village of Dronyayevo in the Kurchatov District, where you can try the authentic potato drunka. Drunka is a zapekanka, a baked dish made from mashed potatoes, fresh eggs from free-range hens, milk, and butter. It is garnished with sour cream. This recipe has been handed down from one generation to the next, and we are confident that you will enjoy this delicious traditional fare.

After this hearty lunch, tourists are invited to the town of Kurchatov (named after Igor Kurchatov, a Soviet nuclear physicist and director of the Soviet atomic bomb project), where they can visit the Kursk Nuclear Power Plant Information Centre. The next stop is the town’s central square, where you can see several important landmarks, such as the monument to Igor Kurchatov, the “Black Tulip” — a memorial to the Soviet soldiers who were killed in Afghanistan (1979–1989) — and the monument commemorating the 50th anniversary of the Battle of Kursk. Visitors can also enjoy a walk along the embankment of the cooling pond for the Kursk Nuclear Power Plant. In the 40 years that the power plant has been operating, this area has become a spontaneous nature reserve, providing a habitat for a unique species of reed and rare birds.

The first stop on our culinary tour is the village of Dronyayevo in the Kurchatov District, where you can try authentic potato drunka.

On the second day of their trip tourists will be visiting the Ponyri District, an area known for its traditional way of making garbuznya. The story of this dish begins in the 19th century, when the region was populated by the Sayans, a local sub-ethnic group of Russians. Garbuznya, a pumpkin porridge served with millet flatbread, was prepared from simple ingredients: pumpkin, millet, milk, salt, sugar, and butter. Many local residents grew pumpkins on their land, as the fruit stored well through the winter, and pumpkin dishes were tasty and nutritious. There is much more to Ponyri and the surrounding area for tourists than the delicious dish of garbuznya. It was here in July 1943 that one of the major confrontations of the Second World War, the Battle of Kursk, began. Along with the Battle of Stalingrad, it is considered the turning point of the War. Visitors will have a chance to see the Kursk Bulge Memorial complex, the Angel of Peace Column, and the Teplovsky Heights Monument. A guided tour of the Ponyri Memorial Museum of the Battle of Kursk is provided. Tourists can also visit one of the most revered sites of the Russian Orthodox Church, the ancient monastery known as the Korennaya Pustyn — the “root hermitage”.

The next stop in our culinary journey is the country estate of the renowned Russian poet Afanasy Fet in the settlement of Svoboda, which is located in the Zolotukhinsky District. Here you will learn the secret recipes of the poet’s lunch menu. Fet’s contemporaries remembered him as an enthusiastic host who enjoyed treating his guests to favourite dishes cooked to his own recipes. A vegetable butter-based soup, roast beef, apple sweetmeats (pastila), and bread crumb kvass (a fermented beverage) were all served.

Fet’s country estate, which he bought from the descendants of General Rtishchev, was located in the village of Vorobievka, quite close to Korennaya Pustyn.

Fet’s country estate, which he bought in 1877 from the descendants of General Rtishchev, was located in the village of Vorobievka, quite close to Korennaya Pustyn, in an area that was famous for its diverse and unspoiled natural landscape. Many a renowned Russian writer, artist and composer visited the poet here during the last few years of his life, with Leo Tolstoy and Pyotr Tchaikovsky among them.

Every May the estate hosts a celebration of music and poetry known as “Nightingale Night”. Traditionally, the first Sunday of July is the date of the yearly literary gathering, which is attended by writers, poets, and literature lovers from all over Russia.

The final day of our culinary tour will take you to Maryino, the former estate of the Princes Baryatinsky, where you can taste the same dishes as the owners once offered to their guests.

This three-story noble mansion, built in the 19th century, is located in the centre of the estate and is surrounded by parkland. It is flanked by household buildings that are connected to the mansion through arched gateways. Designed by the local Kursk architect Karl Hofmann, the mansion was initially called the Izbitsky House, since it was built on the River Izbitsa. Later, to honor Ivan Baryatinsky’s beloved wife Maria, the mansion was re-named Maryino.

It is surrounded by a beautiful park with majestic trees. The Maryinsky Pond, with a number of islands, is also part of the estate, on one of which stands a rotunda with sixteen columns and a spherical dome. Originally, a white marble statue representing the birth of Venus adorned the centre of the rotunda. The statue was the work of the Italian sculptor Fenelli. Today a copy stands in its place.

The oval island in the middle of the pond is the site of a brick Protestant chapel built for Princess Maria. Craftsmen from St. Petersburg also built a “fleet” of boats to take people to the island. The original bridges crossing the park’s canals have also been preserved.

Once upon a time, noble ladies escaped the scorching sun under cozy pergolas, which survive to this day.

Prince Baryatinsky, having traveled all over Europe, was full of progressive ideas, which he put to use on his estate. Everything served at the table was grown in the estate’s fertile soil.

We all have a favourite dish, and Prince Baryatinsky was no exception: he loved roast rack of lamb. A young ewe was selected for this dish, and the meat was soaked in marinade for several hours. Even today the recipe will not be revealed to you: just know that the marinade includes spices and herbs borrowed from French, English and Italian cuisines.

You can also try dishes from the regional menu in various Kursk restaurants.

The regional business centre offers four-star hotels like the Element, Aurora, and Prestige Hotels. Three-star hotels such as the Aquamarine and White Acacia are also available. Average room rate: $40+. 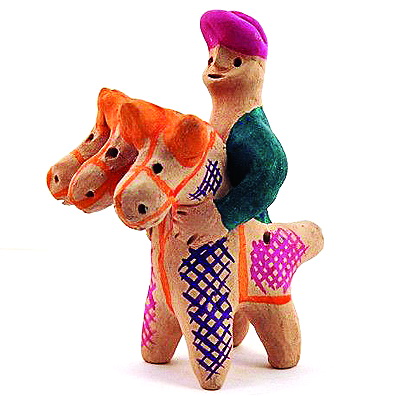