THE URALS, AND IN PARTICULAR ITS UNOFFICIAL CAPITAL, YEKATERINBURG, EXPERIENCED A GOLD RUSH MUCH EARLIER THAN ALASKA OR THE WILD WEST. IT WAS IN THE URALS, IN THE MID-18TH CENTURY, THAT RUSSIA FOUND GOLD, THANKS TO WHICH THE RUSSIAN EMPIRE WAS FOR A LONG TIME THE WORLD’S LEADING PRODUCER OF THE PRECIOUS METAL. 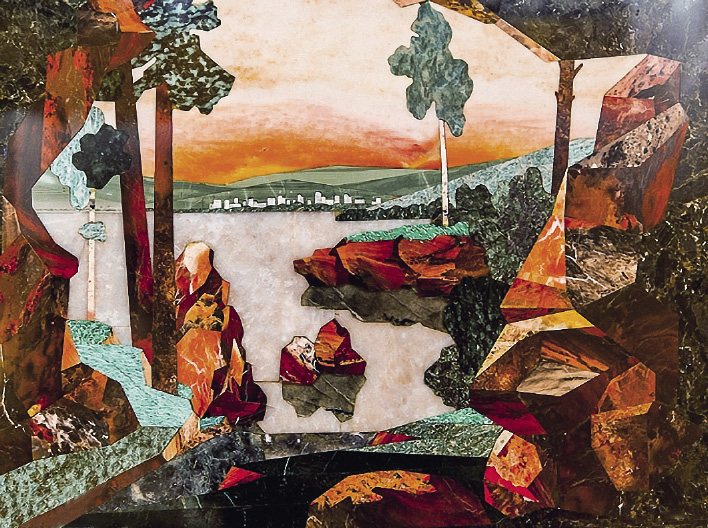 The discovery of gold in Russia occurred in 1745 in the valley of the river Berezovka, near Yekaterinburg. Today in Berezovsky, several museums and monuments are dedicated to gold-mining. Another name for the Urals is the “homeland of gems”, which explains the name of its new tourist route. The Central Urals have already launched a dozen tours under the “gemstone” brand between Yekaterinburg, Nevyansk, Nizhny Tagil, Murzinka, Alapa-evsky, Irbit, Artemovsky, Rezh and Berezovsky. The richest excursion programme is in the capital of the region, Yekaterinburg: the geological and mineralogical museums display local stone treasures, and in the History of Stone-Cutting and Jewellery Museum you can see what these mountain treasures were turned into by local masters -those fabulous malachite boxes and flowers from ornamental stones. Equally impressive are the exhibitions of the Yekaterinburg Museum of Fine Arts and the architecture of the city itself, where carved wooden buildings and luxurious merchant houses have been preserved. 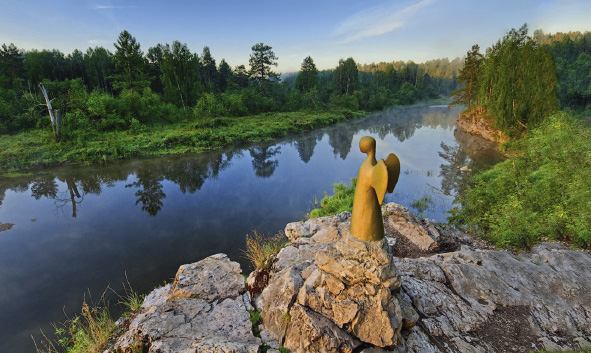 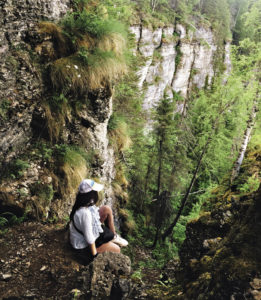 The Urals are mountains with meandering rivers and beautiful lakes with clean, clear water. Here winters are cold and summers are warm.

In the Museum of History of Stone-Cutting and Jewellery Art in Yekaterinburg, you can find out all about Ural gems. There are items made of malachite, jasper, agate, rhodonite, topaz and quartz.

In Nevyansk, famous for its iron-smelting plant and gold deposits, you can see the fine Nevyanskaya Tower dating back to the mid-18th century. In Nizhny Tagil the museums devoted to the history of the region, and to fine arts and crafts are interesting – the city is famous for its painted tin trays. Around the village of Mur-zinka, you can take an excursion around mineral mines. In Alapa-evsk, where Pyotr Tchaikovsky spent part of his childhood, there is a museum dedicated to the great Russian composer. This city is also connected with some terrible periods of Russian history – in 1918 members of the Romanov family, including the canonized Grand Duchess Yelizabeta Fyodorovna, were shot and thrown into a mine near Nizhnyaya Sinyachikha. Only in 2009 were all the victims of this crime rehabilitated.

Today, on the site of their death, stands the Monastery of the New Martyrs of Russia. Irbit and Rej are noteworthy for their old architecture, and there is also a Mineralogical Museum in the mansion of the manager of the Titov Zotov estate. You can also walk around the eco-park over the Rezh river or visit another series of mines in the vicinity.

Residents of the Urals sometimes joke about themselves: Like the Urals, we go up but never come down.

The “Deer Streams” nature park is one of the most popular spots in the central Urals. There are several tourist routes with a length of 40 km. 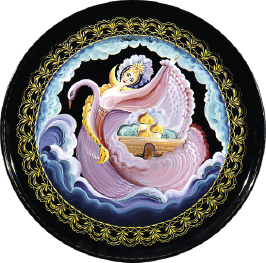 Tours through the Urals start from Yekaterinburg, which can be reached from Moscow by train in just over a day, or in two hours by plane.

If you are travelling independently, it is easiest to follow the whole route along the Gem Ring by car, but without a car there is plenty to do in the capital of the U rals. From Yekaterinburg it is easy to travel by bus to Berezovsky, Nevyansk, Nizhny Tagil and Alopayevsk in one to three hours.

Yekaterinburg is a city of business tourism, with a number of five-star hotels: Ramada, “Hyatt Regency”, “Atrium Palace” and “Vysotsky”. The more extensive selection of four-star hotels include “Park Inn Radisson”, “Novotel”, “Palais Royal”, “Onegin” and “Moskovskaya Gorka”. From the “three-stars”, “Yekaterina” and “Marins Park” are popular, but you can always stay in the historic hotel “Yekaterinburg-Central” in a 1928
Art Nouveau style building, where both Nikita Khrushchev and Fidel Castro stayed in their time.

If the “brand” of the Urals is gems, then in food the Urals means pelmeni, or dumplings. Try this familiar dish in the local version at the “Pelmeni Club” restaurant, where the menu includes many kinds of ravioli, vareniki and other hand-made delights, and “Pelmeny Dozen” is also good. You can enjoy contemporary Russian cuisine in the splendid interiors of the restaurant
“Troyekurov”, and in the restaurant “Panorama A.S.P.” on the roof of the “Vysotsky” hotel with its fine view of the city.

The main souvenirs to take back from Yekaterinburg are products made from semi-precious stones, but you need to be careful when buying them. The “malachite boxes” are made of malachite that has been brought from Africa, because the famous stone is no longer mined in the Urals! But jasper, serpentine and amethyst are local, and you can also find jewellery made from stones with romantic names like aventurine and charoite. Precious stone crafts are available not only in souvenir shops, but also in the market, which is nicknamed “Piglet” and constantly changes its location. In recent years, it has been found near the “Geological” metro station, near the Ural Economic University. In addition to stones, antique pottery and other interesting souvenirs are sold there.