THE CITY OF ULYANOVSK WILL BE A CONNECTING LINK BETWEEN THE HOST CITIES OF THE WORLD CUP. IN THE CITY AND ITS SURROUNDING AREAS, THERE ARE APPROXIMATELY 100 HOTELS AND TOURIST BASES, WHICH CAN ACCOMMODATE UP TO 5,000 FANS AND CHAMPIONSHIP PARTICIPANTS.

Ulyanovsk was founded in 1648 as the fortress of Sin-birsk to protect the eastern borders of the Russian Empire from raids by nomadic tribes. In 1780 the city became known Simbirsk. In 1924, Simbirsk as the native city of Vladimir Ulyanov (Lenin) was renamed Ulyanovsk. The current population of the city is approximately 630,000. Neighbouring cities in the Volga region, including Samara, Saransk, Kazan and Nizhny Novgorod, have been chosen to host World Cup matches. Ulyanovsk will serve as a key transportation link and lodging hub between Saransk (the distance between the cities is 230 km), Samara (240 km) and Kazan (210 km).

FIFA HAS AN APPROVED LIST OF 60 BASES FOR TEAMS PARTICIPATING IN THE WORLD CUP, INCLUDING THE HILTON GARDEN INN ULYANOVSK.

FIFA has an approved list of 60 bases for teams participating in the World Cup, including the Hilton Garden Inn Ulyanovsk. This is the first Hilton hotel in the city. Its thoughtful design, innovative restaurant concepts, genuine hospitality and dedication to meeting guests’ needs, helped to secure the hotel’s place on the FIFA list.

The hotel restaurant serves a buffet breakfast. In the summer courtyard of the hotel, fans can enjoy watching matches with delicious food and refreshing drinks.

Evening meals and drinks are available via room-service. A free fitness centre equipped with modern facilities, a 24-hour business centre, onsite convenience store, laundry and dry cleaning services, and underground parking, are all amenities available for the comfort of hotel guests.

Ulyanovsk can rightly be called a “city-museum”. There are more than 40 museums here, all organically intertwined in the culture and architecture of the city. Ulyanovsk attracts tourists for its ancient buildings connected in one way or another with the life and work of those great Russians Goncharov, Lenin, Karamzin and Pushkin. The main tourist attraction of the city is the Lenin memorial – a striking complex of buildings and structures created to commemorate the centenary of the birth of Vladimir Lenin.

In 2017, in preparation for the World Cup, a massive reconstruction of the Central City Stadium
“Trud” began. Field heating, natural grass, a complex automatic watering system, drainage, maintenance equipment, gates, and corner flags – everything to make it a world-class FIFA-standard stadium. New pavilions will be two-storey, and each building section will be approximately 250 sq. meters. Changing rooms will occupy 100-120 sq. meters, and each pavilion will have 11 shower rooms, bathrooms, and warm-up areas for athletes. Four lighting masts have already been installed, and video surveillance and speaker systems have been completely replaced. Today, the illumination of the stadium is 1600 lux, which allows video broadcasts in any format.

The stadium is located in the heart of the city, within walking distance from the main host hotel – Hilton Garden Inn Ulyanovsk. It is approximately 8 km from the railway station to the stadium.

The best restaurants in the city are located near the stadium and hotel Hilton Garden Inn Ulyanovsk. These include MATRESHKI, which specializes in modern Russian cuisine, Records Music Pub, Gonzo Bar and the Georgian restaurant “Antresol”. The Russian restaurant “Oblomov” is also an interesting choice. Guests at “Oblomov” can dine in the surroundings of traditional interior decor, based on the novel by Ivan Goncharov of the same name. 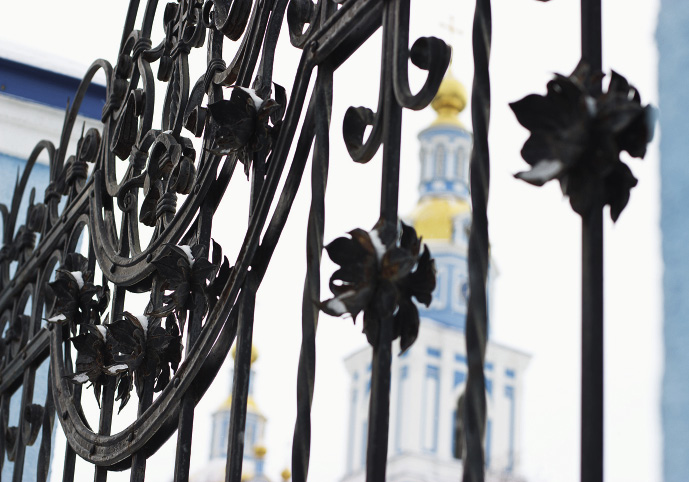