THE TOWN OF SERGIYEV POSAD is one of the gems of Russia’s Golden Ring, the circle of beautiful medieval towns north-east of Moscow and a major tourist route. It is the site of Russia’s most important Orthodox monastery, the Trinity Lavra of St. Sergius, which boasts centuries of history and is a UNESCO World Heritage Site.

The Trinity Lavra was founded by St. Sergius of Radonezh in the 14th century, and grew to form a whole complex of churches, towers, monks’ cells, workshops, and hotels. The monastery is also the final resting place of many Moscow noble houses:
Godunov, Belskiy, Vorotynskiy, Glinskiy, Obolenskiy, and Odoyevskiy families among them. It was also where the great icon painter Andrey Rublev spent most of his creative life. The treasures of the Trinity Lavra include rare icons, ancient books and manuscripts, gold and silverware, traditional embroidery, and gifts bestowed by Russia’s grand dukes, tsars, and emperors. The chimes of the 72-tonne Tsar Bell resonates far beyond the monastery walls. For tourists and pilgrims, the Lavra also offers hotels, refectories serving traditional Russian cuisine, and stalls selling religious ornaments and souvenirs.
On the way to the Lavra you can find museums of Russian wooden toys, Russian ethnography, and bell ringing. Sergiyev Posad is a popular destination with both adults and children.

In the nearby town of Khotkovo there is an attraction unusual for Central Russia, the Kochevnik (“nomadic”) Ethno-Park. This interactive open-air museum is an immersion into the culture, lifestyle, and traditions of Russia’s nomad peoples. In the park you can find traditional tent homes of various ethnic groups: Turkic and Mongolian yurts, the Chukchi aranga, and the Nenets chum among them.
Inside you can taste traditional dishes such as buuz (steamed dumplings), khuushuur (mongolian-style meat dumplings), sharbin (flat plain cakes with minced lamb), tsuivan (noodle stew), shoolen (Buryat-style noodle soup) . You can also try on national costumes, and learn traditional folk dances. The park also has a petting zoo with Kalmyk camels, Mongolian yaks, donkey, sheep, goats, geese, and sled dogs. 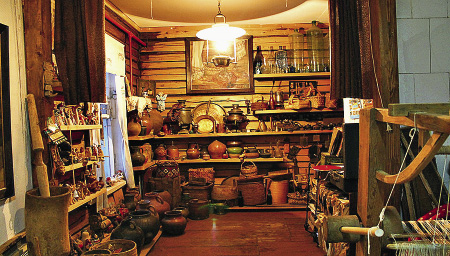 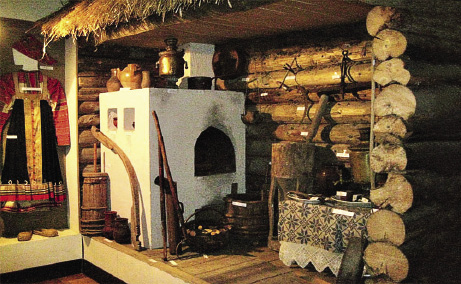 —————————
Getting there:
There are commuter trains from Yaroslavsky Railway Terminal in Moscow to Sergiyev Posad. To reach Kochevnik Ethno-Park, you can take either Sergiyev Posad or Aleksandrovo trains, which stop at Khotkovo station, from where you can take a taxi.