THIS JEWEL IS THE NORTHERN VERSION OF THE GOLDEN RING, LINKING THE ANCIENT CITIES AND SIGHTS OF THE NORTH-WEST OF RUSSIA.

The idea of the route appeared only in 2012, but the cities themselves, united in a necklace, have long been popular with tourists.The route originally included Pskov, Izborsk, Pechory, Vyborg, Priozersk, Staraya Ladoga, Novgorod the Great (Veliky Novgorod), Staraya Russa, Velikiye Luki, as well as Ivangorod, Kingisepp and Porkhov. Later, large cities joined the route: St. Petersburg, Kaliningrad, Murmansk, Petrozavodsk, Arkhangelsk, Tikhvin, Vologda and even quite exotic places like Naryan-Mar and Vorkuta. These cities formed a second, much more extensive circle, stretching the necklace through 11 regions. This route has something of a military character: the necklace includes the medieval fortifications on the western borders of the country, of which Pskov Krom and Izborsk fortress are especially famous.

CEO of Intourist Thomas Cook:
Unlike its “older brother” the Golden Ring, the Silver Necklace is geographically much wider and covers a fairly large area. It is impossible to visit all the sites and regions included in this route. Therefore, we recommend planning your itinerary, based on transport accessibility from major cities – Moscow or St. Petersburg. The Northern Capital is located in the centre of the Silver Necklace. You can get from St. Petersburg to the nearest cities, such as Pskov, Novgorod the Great or Petrozavodsk, in a few hours by car or by rail. For long distances, for example, to Murmansk, Arkhangelsk or Kaliningrad, it is easier to fly.

On one trip it is best not to visit more than two or three regions included in the route, otherwise impressions will be overwhelming and memories blurred. The nature, the folk way of life, the monuments of architecture, and the historical sites all create a unique picture of the north-western region of Russia. There are so many interesting places which, without proper planning and prior booking of accommodation and services, will be very difficult to enjoy to the full extent. My personal recommendation – start with Karelia. There are lakes, rivers, forests and just a fantastic feeling of mystery. Fresh air, landscape views, and interesting impressions are guaranteed.

Another major part of the route includes the attractions of nature, which are especially numerous in the Republic of Karelia and the Arkhangelsk Region, while the Solovetsky archipelago on the White Sea stands alone. For an ethnographic flavour alongside Karelia, the Republic of Komi and the Nenets Autonomous Region have sacred camps of reindeer-herders and other northern wonders. Most tourists are attracted to the traditional sights: the Pskov-Pechersky Monastery and a complex of literary and memorial museums in the Pushkin Mountains; the ancient churches of Novgorod with the frescoes of Theophanes the Greek; the monuments of wooden architecture in the Kizhi Reserve on Lake Onega, and the Solovki Monastery; Vyborg Castle and Monre-pos Park, and the Museum of Vologda Lace.

And, of course, St. Petersburg with its magnificent palaces, museums and embankments. 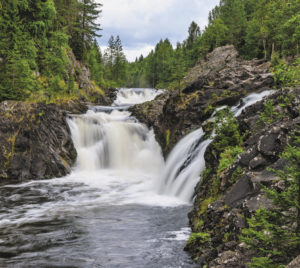 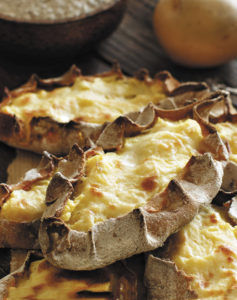 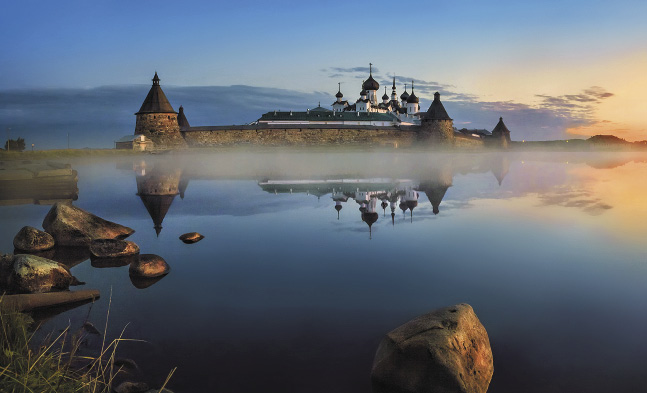 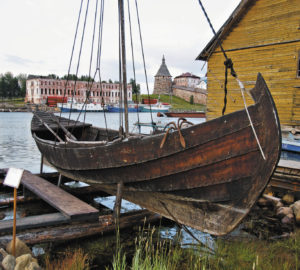 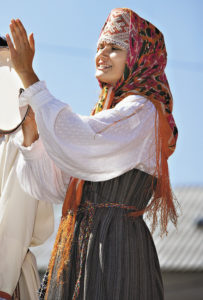 Most of all, tourists go to Solovki to see the unique 15th century monastery.

Staraya Russa in Novgorod Region is a resort where you can enjoy health treatments with local mineral waters, as well as visit the Dostoevsky House Museum.

If you prefer a more adventurous trip in Karelia there is river rafting as well as lake trips. Staraya Russa is a resort where you can enjoy health treatments with local mineral waters, as well as visit the Dostoevsky House Museum. Excursions to Valaam Island depart from Priozersk, and pilgrims visit the Assumption Monastery in Tikhvin, where the icon of the Tikhvin Mother of God was revealed. Arkhangelsk also has an interesting museum of wooden architecture, “Small Korely”.

The town of Tikhvin in Leningrad Region is another pearl in the Silver Necklace. Here you can often see performances of folk groups.

Those travelling by car from Moscow can drive north to Pskov or Novgorod the Great (if a trip to the fortresses of the North-West and St. Petersburg planned). In the direction of Karelia or Arkhangelsk, you pass through Vologda. If travelling without a car, the most convenient point to start the route is St. Petersburg, from where it is easy to go for a day to Vyborg or take a train to Pskov.

In St. Petersburg, the range of prices for accommodation is considerable: in the historical Grand Hotel Europe a night costs from $315, while in the elegant three-star mini-hotel Herzen House nightly rates start from $65. In Pskov, a
night in one of the best city hotels – the Old Estate – costs $90, and the more modest “Rizhskaya” is $50. In Novgorod, you can choose between, for example, the “Park Inn Radisson” (from $75 per night) or the three-star “Sadko” (from $50).

When travelling to the regions of the North, you definitely need to discover the local cuisine. In Pskov and Novgorod travellers expect Russian cuisine (for example, in the picturesque Novgorod restaurant “Berg House”), while in the capital of Karelia, it is worth finding the “Karelian Room” to try real tartlets with berries, sulchini – pancakes with porridge – or fish soup with cream.
In Kaliningrad, look out for the German restaurant “Tetka Fisher” and order traditional Konigsberg meatballs. You will find a range of fish dishes at most points of the route.

The westernmost “link” of the Silver Necklace – Kaliningrad – is mostly associated with Baltic amber jewellery. In Karelia there are souvenirs from Karelian birch and a variety of berry tinctures and liqueurs (the most interesting taste is cloudberry). And from Novgorod the Great – all kinds of crafts from birch bark, which are especially numerous in the bazaar near the Vitoslavlitsa museum of wooden architecture.