Skip to content
“GAME OF THRONES” FANS SHOULD BE HAPPY: IN THE SOUTH OF PRIMORSKY TERRITORY, NEAR THE VILLAGE OF CHISTOVODNOE, THEY CAN VISIT A REAL-LIFE DRAGON KINGDOM. 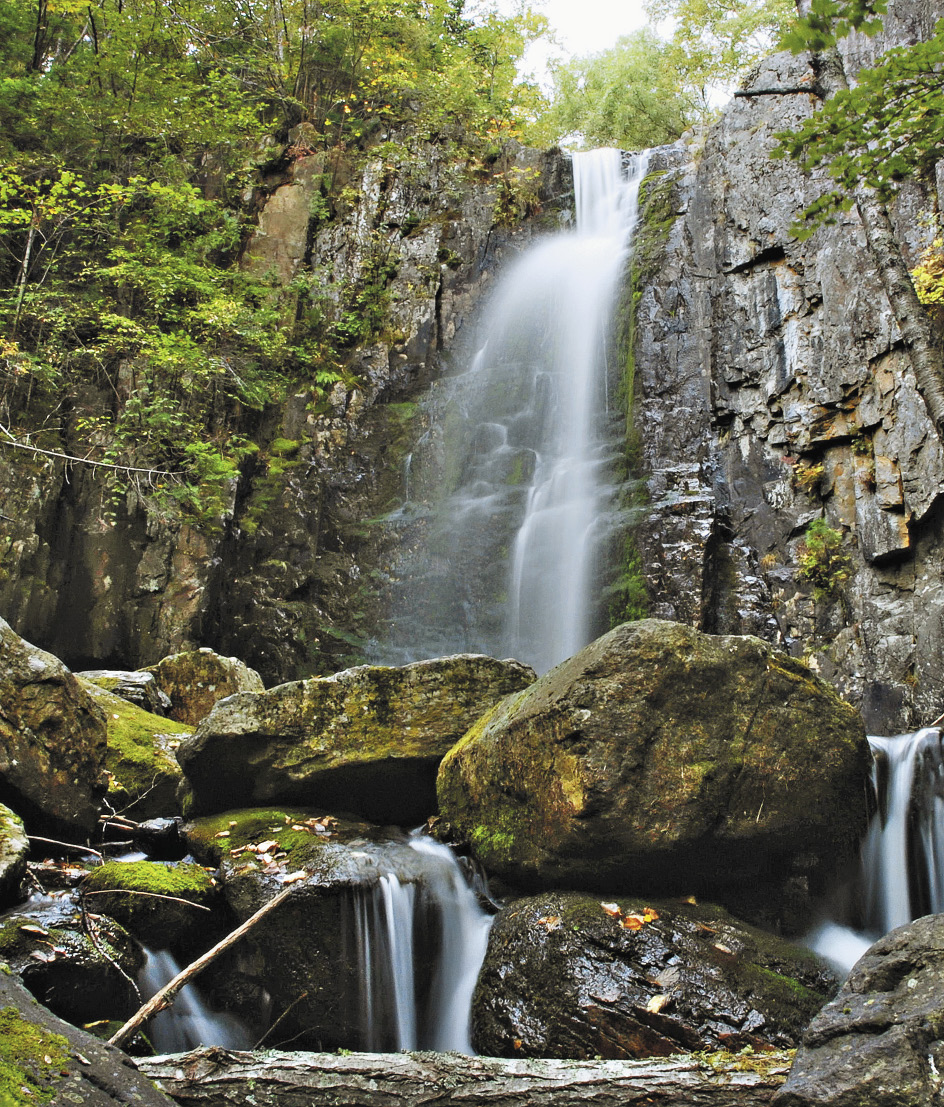 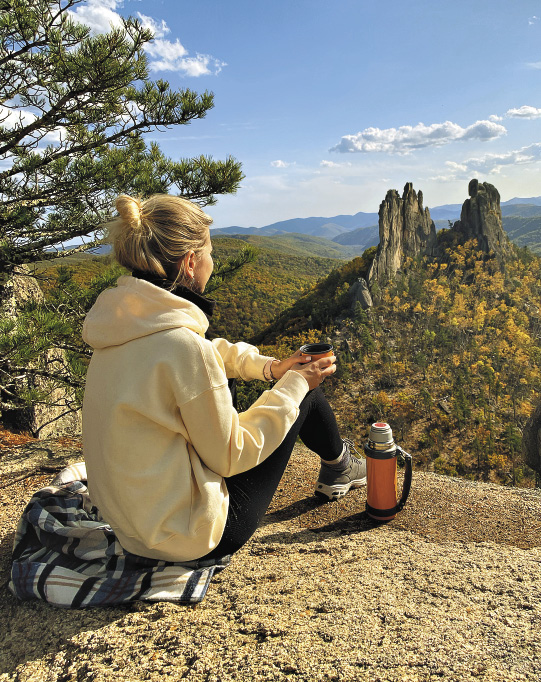 If you’re looking for a vacation equally interesting for adults and children, we recommend you set off on an adventure in search of fairy tale dragons.

The astonishing and mesmerizing rock formations which make up Dragon Park can be found near the village of Chistovodnoe in Lazovsky district. It’s impossible not to think of George R. R. Martin’s fictional world of the Seven Kingdoms, his famous King’s Landing with its Blackwater Bay, and, of course, the gigantic dragons themselves.

According to one legend, the spiky rocks in this place are real dragons, turned to stone, that lived here long before humanity. Another version maintains that the rock mass took on these fantastical forms, attracting masses of tourists and photographers, as a result of a centuries-long process of weathering and erosion.

From the village, the climb to the remains of the cliffs by forest path takes around an hour and a half. At the top of the hill, two giant ridges, dragon-like, will captivate your gaze. If you approach and take a closer look, then you can see a dragon’s footprint, head, and even baby dragons. Some rocks lie as though strewn about by some cosmic hand. This led to another legend about the origin of these rocks: that they’re alien.

The local natural beauty is particularly striking in autumn: numerous oaks with their crowns of yellow leaves stand side-by-side with bright-red maples and emerald cedars. You don’t have to worry about ticks in the forest, nor suffer from summer humidity during the upward climb.

It’s worth going to this region for at least two days, as there are many interesting sites to see on the way. You can get there by car or as a part of a tour group. Primorsky Territory’s Tourist Information Centre will recommend a trustworthy tour company with a tried and tested route.

On the way to Chistovodnoe, you can make a stop at the Benevsky waterfalls, also known as the Yelomovsky waterfalls. It’s best to come prepared, as the route to the falls is along a forest path above a stream that takes around five hours for a round trip. The first waterfall is called the “Star of Primorye”, and is considered the most beautiful waterfall in the Territory. It is 25 metres tall. A stream of water falls from the cliff above and breaks loudly upon the rocky ledges below. When setting off on your hike, be careful: plan your timing so that you don’t have to go back through the forest in the dark. 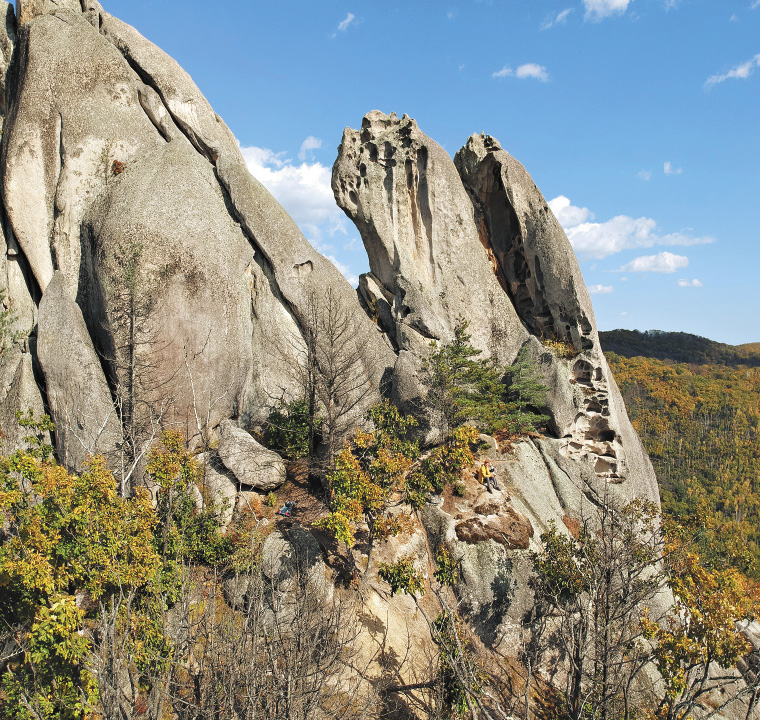 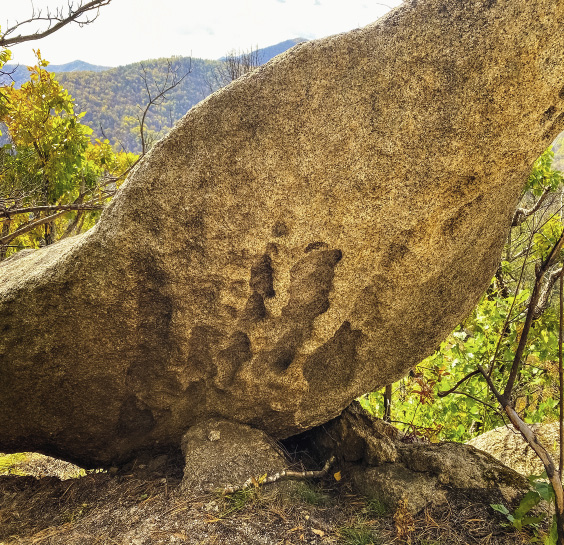 The “Star of Primorye” is considered the most beautiful waterfall in the region.

From above, the spiky rock faces look like dragons turned to stone. You can see

“wings” and other body parts of those mythical beings in the rock formations.

Doesn’t it look like the print of a giant paw?
From the top of the hill you can see two gigantic ridges. 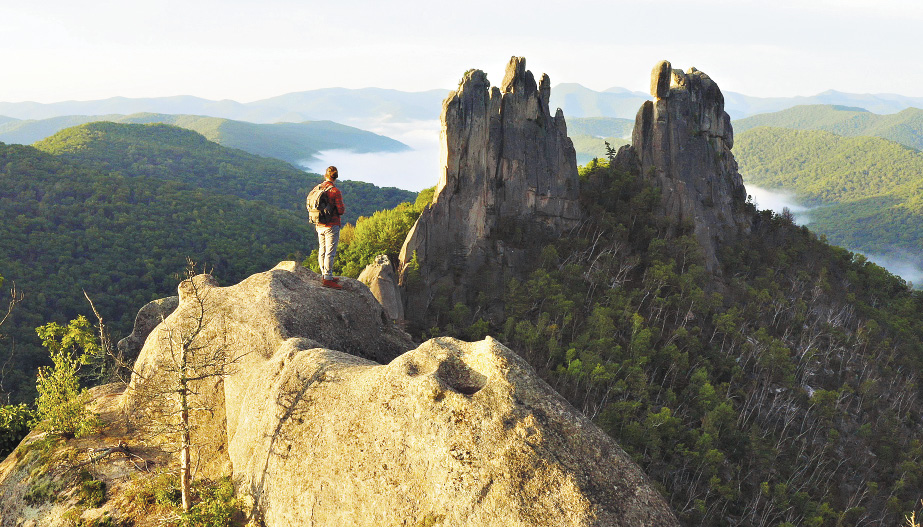 There are not many places to spend the night in this district. The bravest of tourists pitch tents right on the rocks of the park, while others go down to the Kievka river, which loops around the road, and camp out there in their tents or cars. Eight kilometres from Kievka village there’s a camp site called “Khutor Zapovedny” where you can spend the night, but you need to book in advance. Additionally, there’s almost no cell-service here. We recommend that you set off on this journey as part of a tour group, whose organizers will secure your safety and lodgings.

Another interesting place on the road to the “dragons” is the red-deer farm. It is a 10-minute drive from Lazo village, in the direction of Benevsky village. The farm is home to red deer, brought there a few years ago from the Altai Territory. At the farm, you can feed the animals or take a photo as a souvenir.

The final destination of the route is Chistovodnoe (around
330 km from Vladivostok). The village is located in a valley between two hills, and is a dead-end —
the road doesn’t go any further. There’s also a sanatorium in the village, where musculo-skeletal disorders are treated by means of health-giving radon baths. It just so happens that in the valley of the Chistovodnaya river there are seven mineral water outlets containing the radioactive gas radon.

There’s no doubt that a trip to Lazovsky district is an unforgettable adventure, whose sites will leave you with many powerful emotions. TLR