Red Square in Moscow is Russia’s most visited and popular attraction. Apart from the Kremlin, it is home to Saint Basil’s Cathedral, the Lenin Mausoleum, and numerous museums.

Tourism & Leisure in Russia Magazine and the Rating Centre for Information Communications have conducted new research into inbound tourism, the relative tourism appeal of Russia’s regions, and their popularity with foreign tourists.

In the near future the Russian Ministry of Economic Development in cooperation with the Federal Agency for Tourism (Rosturizm) will be issuing the new Strategy for Tourism Development in the Russian Federation up to the year 2035. According to the developers’ plan, by 2035 there will be a twofold increase in the number of domestic tourist trips for each resident of the Russian Federation (currently 0.4 trips per resident). At the same time, by 2035 tourism’s share in the country’s GDP will grow from the current 3.8 % to 6 %. Export of tourism services will grow to 28.6 billion US dollars (compared to 8.9 billion in 2017.) According to the UNWTO report, by 2035 Russia will join the top ten world tourist destinations.

The Russian Federal State Statistics Service (Rosstat) maintains records of foreign tourists by region, exclusively based on the number of stays at collective accommodation facilities, such as hotels. Preliminary records indicate that the number of foreign nationals who stayed in collective accommodation facilities in Russia in 2018, irrespective of the purpose and length of stay, was 10.2 million; while in 2017 the number was slightly above 8 million.

The following criteria were used to determine a region’s place in the rankings in terms of inbound tourism:

• The total number of foreign tourists who stayed in collective accommodation facilities according to the Russian Federal State Statistics Service records for 2018.

• The yearly number of foreign tourists per 1,000 permanent residents of the region.

• The increase or decrease in the number of foreign tourists compared to the previous calendar year.

A table was prepared for each of the criteria with a corresponding ranking from 1st to 85th place. First place in each ranking was awarded 8.5 points. For each subsequent place, 0.1 points were deducted. Then, the three preliminary tables were combined, and the frontrunners and outsiders of the 2019 National Rating for Inbound Tourism were identified according to the total sum of the points they had received.

The regions were separated into groups that were given informal names, chosen to reflect the accepted worldwide classification of hotels and services: “five-star”, “four-star”, and “three-star”.

Krasnodar Territory, listed in 5th place, is one of the nine regions of the top 20 that hosted games of the 2018 FIFA World Cup. The increase in the number of tourists compared with the previous year allowed them to take leading positions in the ranking. Thus, Sverdlovsk Region, where the capital city Ekaterinburg hosted World Cup matches, was the only one of the Ural Federal Okrug regions to make it into the top group. However, it would be wrong to explain these regions’ high ranking solely by their participation in the 2018 World Cup. Ekaterinburg, for example, is the most important commercial center in the Ural Region. Krasnodar Territory offers sea, beaches and health resorts that are all very popular with tourists from the neighboring CIS countries.

The fact that Murmansk Region made it into the Top 20 is explained by its geography: most of its territory lies north of the Arctic Circle, and tourists from all over the world come here to see the famous Northern Lights.

Novosibirsk Region, which took 19th place in our ranking, is the only one of the Siberian Federal Districts to make it into the Top 20. Novosibirsk, the capital of Siberia, is a major commercial and cultural center, as well as the site of one of Russia’s largest airports, with passenger traffic of about six million people a year. 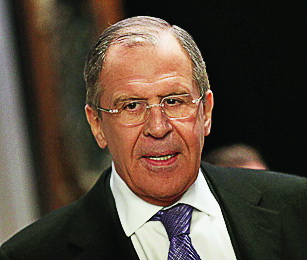 Sergey Lavrov,
Minister of Foreign Affairs of the Russian Federation:

“Russia is incredibly rich in culture, history, and natural beauty. There are 29 UNESCO World Heritage Sites in our country, 26 resorts and federal resort regions, and more than 140,000 tourist attractions, with 150 of them rated as of special significance. Last year, the FIFA World Cup proved to be an extraordinary event — it would be no exaggeration to call it a true pinnacle of people’s diplomacy. Millions of foreign guest came to our country and saw modern Russia and its open, friendly and hospitable people with their own eyes.

The Ministry of Foreign Affairs makes a significant contribution to overall efforts to developing the tourist industry. We have visa-free entry agreements with many countries, and we are planning to add more nations to this group. As we continue to develop our electronic visa system in this country, we will consider the possibility of simplifying the visa requirements for foreign nationals who arrive to Moscow and the Moscow Region via international airports. Our colleagues in St. Petersburg and Leningrad Region are also interested in such a system.”

The “four-star” category, the second and largest group in our ranking, includes regions from all Federal Districts of Russia. Throughout the year, these 49 regions hosted more than a million foreign tourists, with an average of about 22 thousand people per region. 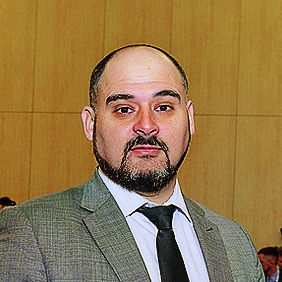 “Every year more and more tourists come to Vladivostok and Primorye. In 2018, inbound tourism broke all historical records and exceeded 4.5 million people, a number that included 651,000 foreigners. This in itself is a ten-year record; over the past year the number of foreign visitors increased by 25 %. Indeed, this pattern remains strong: in the first quarter of this year we have seen an over 25 % increase in the number of foreign tourists, which reflects a 34 % increase in tourism from Korea and an 82 % increase in tourism from Japan. It is quite easy to visit Primorye, due to the electronic visa processing mechanisms and a large — and increasing annually – number of incoming flights.

Weekend tours are very popular: couples from Asian countries come to us to visit a European city. Gastronomic tourism is also in high demand, and the Primorye gambling zone is making progress as well.”

The third group in this ranking is comprised of regions that to date cannot claim significant achievements in inbound tourism. That said, there are destinations on this list that are practically designed for tourism: the Altai Republic, with its mountains and amazing natural beauty, the Kostroma Region, part of the Golden Ring of Russia, the city of Sevastopol on the Black Sea, Dagestan, located on the Caspian Sea coast, Tyva and Adygea, both ideal locations for eco-tourism, and the Karachay-Cherkess Republic, perfect for mountain skiing. Each and every one of these “three-star” regions deserves a description of hundreds or even thousands of beautiful words. All that remains is to create high-quality holiday experiences.