Alexei Slashchev is the head of a travel agency, and has worked as an automotive journalist for 15 years. Alexei has taken part in several “Discovering Russia” expeditions, travelling through 70 regions of the country. He told “Tourism and Leisure in Russia” about one of his recent journeys.

In the Caucasian
Nature Reserve

In early July our “Among Our Own” expedition started in Moscow. With a companion driver, I was driving south, towards the Caucasus, in two off-roaders, an UAZ Patriot and an UAZ Pickup. The route we took was: Moscow, Tula, Vyoshenskaya village in the Rostov Region, Volgograd, Elista, Makhachkala, Grozny, Pyatigorsk, Maykop, Tuapse, Sochi, Novorossiysk and Rostov-on-Don. The purpose of the trip was to find new and interesting routes for our tours and expeditions in the Caucasus. 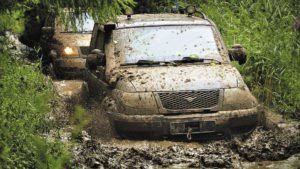 Over three weeks we visited 15 Russian regions and plunged into three seas – the Caspian, the Black and the Azov. In total, we drove 20,000 kilometers. The Vyoshenskaya Cossack village was one of the most interesting points on the journey. I advise everyone to visit, at least once in their lives, the birthplace of the great Russian writer Mikhail Sholokhov, the author of the novel “And Quiet Flows the Don”. His estate-house is now a musem where the writer’s belongings are exhibited. It also contains a stable. 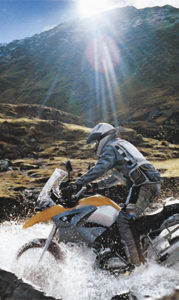 If you are going by car to the Black Sea, it is best to bypass Rostov-on-Don: it is a very congested highway, since road repairs will continue until mid-2018. Passing through Vyoshenskaya allows you to drive to the Volgograd Region bypassing Rostov. Then there is a road to Maykop, followed by the Shaumyan Pass and the road to Tuapse. In that way, you can reach the Black Sea along relatively free roads, through picturesque mountain areas.

Another goal of our trip was to visit the Caucasian Biosphere Reserve, a very rich open-air museum of nature. We did not prepare our vehicles for an off-road expedition on purpose – to check that this attractive place can be reached by ordinary motorists.

The nature reserve is located on the territory of the Republic of Adygea. The village of Guzeripl is the last settlement before the reserve, and is now a developing tourist centre, with several hotels, with room rates from $50. Driving through Guzeripl we entered the plateau of Lago-Naki where a beautiful health resort is located. Here the room rate is higher, starting at $140, and in the summer the hotel is crowded. Adygea most of all offers active holidays. You can ride horses at an altitude of 2,000 meters above sea level, or climb Mount Zhitnaya, which the locals call “Alpika” because of the alpine meadows situated there, where herds of cows and wild horses graze. There are five more mountain peaks. The panorama that opens from there is unforgettable! 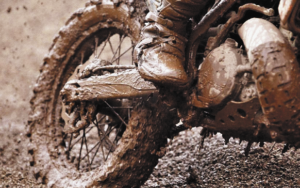 Incidentally, if you drive all day long, take a break of 15-20 minutes for every three hours of the journey. Then your back won’t get tired, and you will feel better in every way: so we made regular stops, including breaking for snacks.

One of the guides told us about an interesting auto-route going through the Caucasus Nature Reserve. It turned out that from Maykop you can drive to the Black Sea through the settlement of Otdalenny, which is located in Krasnodar Territory: to do this you need to go through the Grachevsky Pass. We looked at the map – and indeed there was a road. So we went up into the mountains without knowing what we would find there.

On the Mountain Serpentine Road

The guide had warned that on the way we would come across small mountain rivers which we would have to ford. But it turned out that there were more than 50 such water crossings, their depths reaching half a meter! 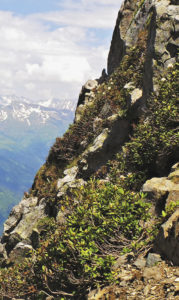 On the way we passed an amazing chestnut forest, the chestnut trees very tall, their trunk thickness three or four spans of the arm. They looked like the sequoia forests of North America.

When we had already climbed quite high into the mountains, the road suddenly ended and a track began. It was a half a meter in depth, while the ground clearance of the UAZ is 210 mm. If we had fallen into the track, we could never have got out of there. This meant that already we could not reverse down the mountain serpentine.

Having driven about 35 kilometers along this road, at one of its turns we came upon three motorcyclists with foreign license plates. We were shocked by what we saw: they were trying hard to get up a broken track that was deep in mud, with huge stones as well.

We discovered later that one of the bikers was from Germany, the second from the Czech Republic, and the third from Scotland. They told us about the problems they had encountered on their journeys. Aged 37, 40 and 45, they had reached the Caucasus through Ukraine, then to Rostov-on-Don, aiming to go on from there to Volgograd. Their satnav had taken them up into the mountains, and they had accidentally started along this road. All day long they crossed the rivers and climbed the mountain. When it became dark, they had decided to spend the night near the river, although this was forbidden, since all the inhabitants of the nature reserve come there for water. That night a bear had approached them – after that none of them could sleep again before morning.

The German had injured his leg falling on a rock, after losing his footing wading the river, and he could hardly step on it. Given that there was no mobile signal in the reserve, their two days in the mountains had made them panic. 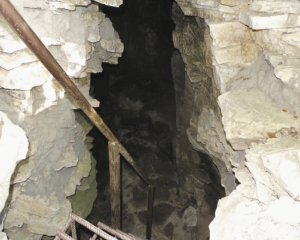 Their Suzuki motorbikes are very heavy road bikes, weighing some 270 kg each: although they had taken part in the “Dakar” rally, they were not suited for riding in the mountains. We loaded their things into our vehicles, putting the injured German in as well, while the Czech rode the two bikes in turns. First he drove one bike up the mountain and left it there, then walked back, got on the second bike and rode it up there too. Since the track was interrupted by timber trucks, we could neither turn around nor tow the bikes. It was a really exhausting assault on the Grachevsky Pass! 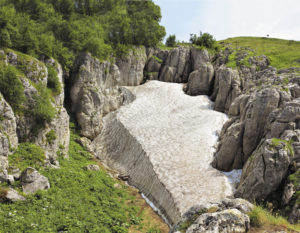 One of the bikes had burnt out its clutch, and the air filter was clogged, while the brakes of the second one were clogged with clay. According to our calculations, there were about 15 kilometers to go to reach the pass. After another turn we saw that the track was completely swamped in liquid clay. Only one car could drive up the mountain. We managed to get the bikes up with a rope. But then the pick-up truck had a puncture. After consulting among ourselves, we decided to stay the night there: no one had the strength to pull the car out of the pit.

A Night with Wolves

We camped in a chestnut forest, and had a feeling that someone was out there, close to us. We were not wrong: we were surrounded by 20 pairs of red eyes all through the night: they must have been wolves. One of us took turns to stay on duty all night, walking around the tents with a burning torch to scare away the intruders, while the rest of the crew slept. We could even hear their breathing. In the morning, a couple of bears, a male and a female, came to visit us, although in fact they never came that close. 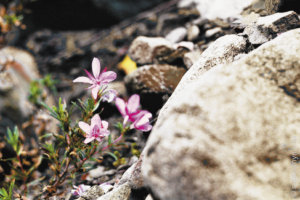 We camped in a chestnut forest, and had a feeling that someone was out there, close to us. We were not wrong: we were surrounded by 20 pairs of red eyes all through the night.

You can spend the night in the nature reserve only in specially designated areas. We did not make a fire, ate only dry rations, and hid all the food in the car.

The youngest biker, the Scot, was the most panicked of the three: in the morning he wanted to leave bikes and everything else behind, and walk up the mountain. At that moment two people passed us on cross-country motorbikes and said that we would not be able get up the mountain. We came up with a way to get the wet clay off the mountain, pulled out the car, and replaced the wheel on the pick-up truck. That took us five hours.

We turned around on the pass with great difficulty and went back. The oldest of the bikers, the Czech, a professional truck- driver, repaired the bikes, and they managed to get them to ride. But when fording the rivers, the bikes would slip on every large stone. It had rained in the mountains, so the rivers had become deeper. I think if we had not taken the foreigners’ belongings into our vehicles, they would never have got through this part on their own. We made the return journey of 35 kilometers in 10 hours.

Then when we got out of the reserve, we were caught by rain. The foreigners treated us to dinner at a café in the village of Marino to thank us for our help, and we spent the night in Lazarevskoye. The bikers had no clean clothes left, so they happily settled in a private house where they could do some laundry.

After saying goodbye to our fellow travellers, we went on towards Krasnaya Polyana. But that’s another story…